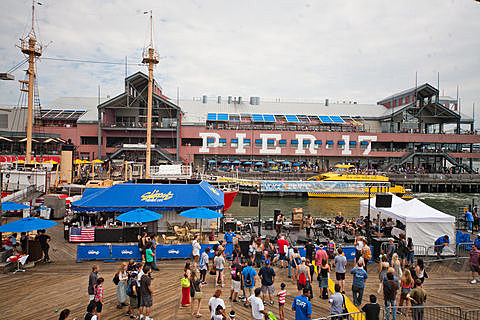 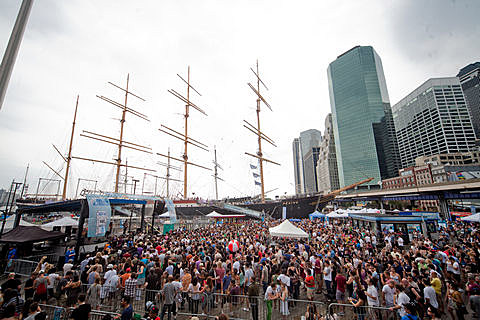 The Seaport Music Festival might be wrapping up today with a show from Unknown Mortal Orchestra, but that doesn't mean free shows at The Seaport (Pier 17) are done for the summer. This Saturday (6/29), the outdoor venue will host the Village Voice's annual free, all ages 4Knots Music Festival. The fest kicks off early in the afternoon (1 PM) and it will be over by 8, so you'll probably be able to catch any night shows you wanted to go to on Saturday too. It's the festival's third year and this time around they may have booked their most consistently great lineup.

Kurt Vile at Bowery Ballroom in May (more by Amanda Hatfield) 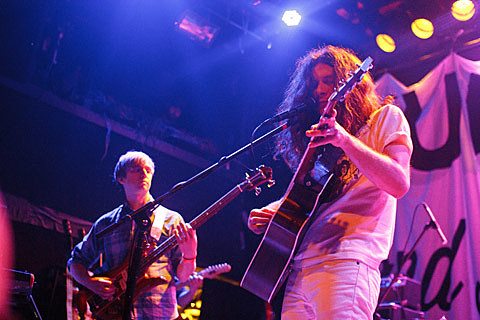 The festival is being headlined by Kurt Vile, whose 2013 album, Wakin On A Pretty Daze, is one of the strongest releases of the year. The weather is looking a little iffy earlier in the day (fest is rain or shine by the way), but it looks like a good chance of sun by the time he's on, and there's not really any better way to see Kurt than outdoors on a pretty day.

Also, since we last spoke, Steve Gunn, who is also a member of Kurt Vile's live band, was added to the lineup. His new album, Time Off, is out now, and you can stream two tracks from that release below (via FADER).

If this is your first trip to the Seaport, directions are available at Village Voice's website. It's easy to get there by subway, bus, or car, and you can also valet park your bike. Once you're there, this festival map should be of use if you need it. And, leave your coolers and beach chairs at home. There's good food down there, too, with the Smorgasbar vendors on Front St (at Fulton).

All of that fun happens for free between 1 and 8 PM, and then, if you got tickets, you can keep partying at the sold-out afterparty at Music Hall of Williamsburg with Lil B, Clams Casino, and Keyboard Kid. 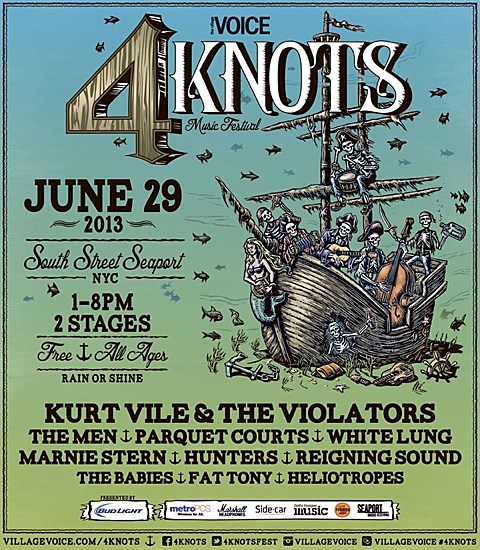