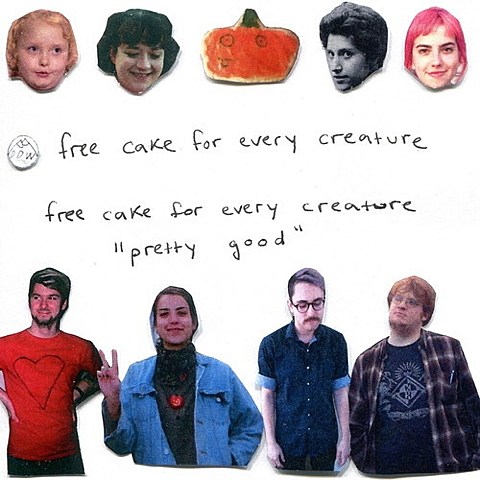 Free Cake for Every Creature is the twee pop project of Saratoga Springs, NY musician Katie Bennett, who is gearing up to release her full band debut, Pretty Good, on cassette June 10 via Double Double Whammy (pre-order), the same label that put out the full band debut of likeminded artist Frankie Cosmos. The new single from that album, "Too Old To Be A Punk Rock Prodigy," premieres in this post and should appeal to fans of lighthearted bedroom-style twee pop. You can listen below.

FCFEC will celebrate the new cassette with an early release show in Brooklyn on May 23 at Silent Barn, which we already mentioned Frankie Cosmos, Radiator Hospital and Quarterbacks were playing. Adult Mom (yet another likeminded artist to Free Cake and Frankie) is on the bill too. It's an early-ish show (starts 7 PM sharp) and admission is $7, or $10 gets you into both that show and the late show at the Barn with Ricky Eat Acid and Foxes in Fiction. Show flyer below.

Radiator Hospital also played Brooklyn Night Bazaar with Swearin' over the weekend and will team up with them in NYC again during the Northside Festival. 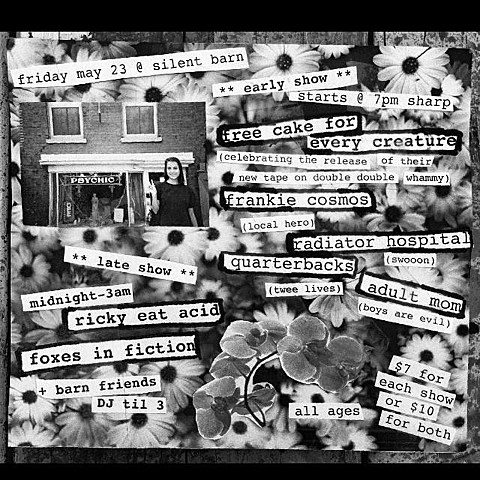