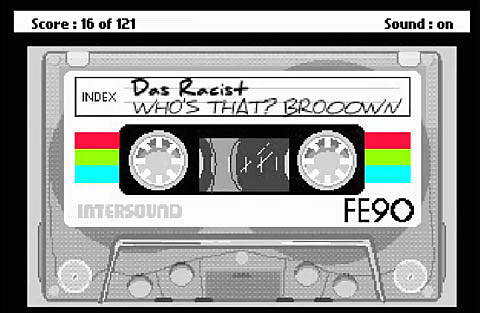 Many of Das Racist's friends make appearances on their new 19-track mixtape which you can download for free above. The tracklist is below along with the video that contains the above cassette tape image. And many of their friends will make appearances at the release party taking place at Santos Party House tonight (9/16).

One of those friends playing the Santos show is Maluca, who, along with Natalia Kills, will open all dates on Robyn's just-announced November tour. Tickets are still on sale for the show at Terminal 5.

All Robyn dates, Das Racist's two new videos, and the mixtape tracklist, below... 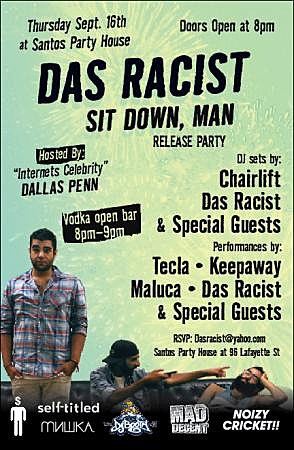