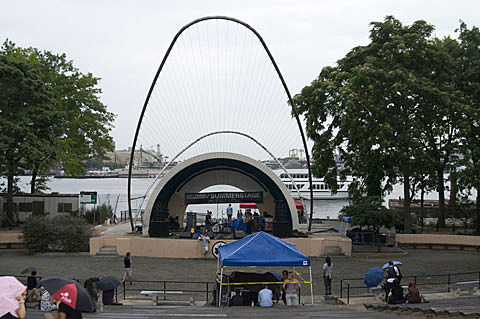 Free Summerstage shows at East River Park are underway and will be going down throughout this week and next. As mentioned, tonight (8/19), UCB Comedy will be presenting The All-Stars of Improv with two acts of improvised comedy from various performers. Tonight's show starts at 7 PM just after the Jamaica 50th Independence Day celebration is wrapping up farther uptown at Central Park Summerstage.

An updated East River Park schedule is below...