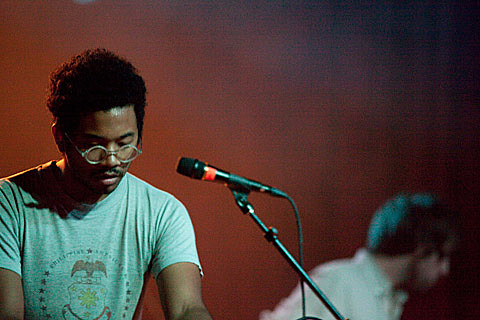 Happy opening day to the House of Vans (25 Franklin St in Brooklyn) free summer concert series! The first show is tonight (6/27) with Fucked Up, Title Fight, and Hop Along (which RSVPed out way long ago), and there's some other happenings in the HoV world too.

RSVP for the Toro y Moi, Shlohmo, and Jonwayne show happening on July 11 opens today (6/27) at noon. RSVP is limited to two tickets per person, and as with all House of Vans shows, entry is still capacity-based, so get there early.

It's also just been announced that LA dance duo Classixx (whose new album, Hanging Gardens came out earlier this year, and who already played NYC a couple times) have been added to the July 18 show with !!! and Jacques Renault. RSVP for that show opens Monday (7/1) at 9 AM.

RSVP info is here for all upcoming House of Vans shows. Check out the updated lineup and a new flyer for the !!!/Jacques Renault/Classixx show below...

Classixx - "All You're Waiting For" (feat. Nancy Whang) 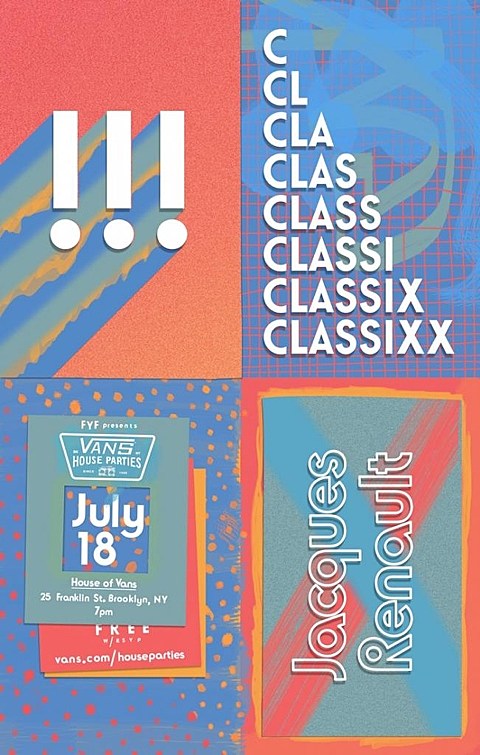