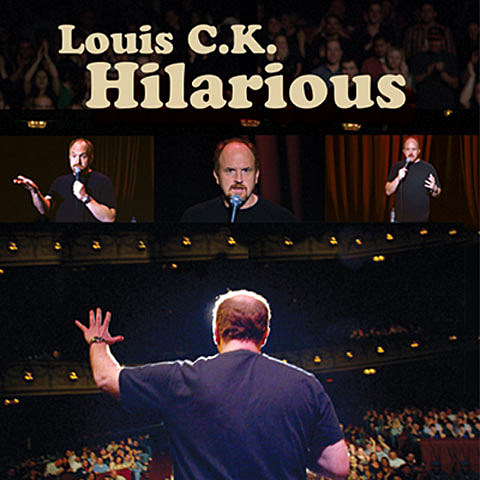 Sign up for free tickets to the Comedy Central event.

Reggie Watts and Daniel Pinchbeck are having "An Open Dialogue About the Future" at Cameo Gallery tonight (1/10) (doors at 9pm). On January 17th, 2011, Daniel Pinchbeck will host a screening of "2012, Time for a Change" at the same venue.

The Wednesday night free "Big Teriffic" show has been happening again at Cameo Gallery, and it will happen again on 1/12 and 1/19 (and probably after that!). Max Silvestri, Gabe Liedman, and Jenny Slate host. Other special guests perform too.

Joe Mande breaks out at Caroline's this Tuesday, January 11th. Tickets are on sale.

Neil Innes of Monty Python and The Rutles fame plays Highline Ballroom on May 10th. Tickets are on sale.

Did you miss all six appearances Patton Oswalt just made in NYC? If you live in Fargo, North Dakota you're in luck.

Did you miss the opening weekend of Daniel Kitson's show at St. Ann's Warehouse? Well, you have until January 30th to correct that!

Louis CK has a new CD and DVD entitled "Hilarious" which gets relesaed this Tuesday, 1/11. That's the cover art above. Have you seen it on Comedy Central? Well, the DVD is " uncensored and feature an additional 40 minutes of content not aired on TV." Check out the trailer/e-card thing below...