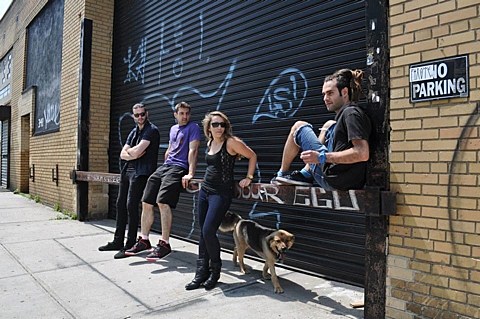 Mr. Hosseini listened to the gunfire. Then his door crashed open.

First all he saw was the gun, and then he focused on Mr. Rafie's face, wild-eyed, not with anger but with a strange beatific purpose, an almost happy demeanor.

" 'You think my bullets are not going to go through those coats and your body and the wall?' " Mr. Hosseini recalled, using English to recount Mr. Rafie's words, which had been spoken in Persian. "I said, 'Definitely, sure, but don't kill me. Just let me talk to you.' "

For the next several minutes, they spoke, Mr. Rafie, pointing the end of a .308 caliber, Spanish-made assault rifle at Mr. Hosseini, still crouched on the floor.

"He asked me, 'What happened to us?' " Mr. Hosseini recalled.

The two had been friends in Iran, playing music together and accompanying each other on mountain bike rides in the hills north of their Tehran homes. They came to the United States together, hoping to find musical freedom in Brooklyn.

But almost from the moment the men arrived together at Kennedy Airport in December 2011, relations were fraying. Mr. Rafie made little money as a bicycle messenger and began to steal things. He would hop turnstiles, frightening Mr. Hosseini and others who were seeking asylum and trying to assiduously follow the rules.

After about five months, the men kicked Mr. Rafie out of the band and stopped living with him. Mr. Hosseini said that, apart from a text message a few months ago, the two men had not spoken.

Read the rest of this depressing story at NY Times.

The surviving members of the band also gave an official statement.