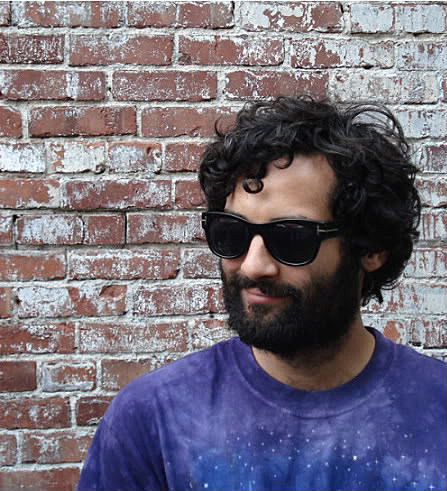 Details on the situation are vague, but sources told L.A. Weekly that McNulty, who was born in the U.K. and moved to Los Angeles at the age of twelve, was picked up by authorities at his home on the morning of May 5. By that evening, he had been transferred to a facility in New Mexico. The DJ does have an attorney and, given the response of his friends, it appears that all efforts are being made to keep McNulty in the United States. Freekutmah.com debuted late last week to collect donations for McNulty's legal fees. It was followed by a PetitionSpot page that, by Sunday evening, had collected over 2700 virtual signatures in support of the DJ.

Kutmah clearly has a lot of friends in L.A. and elsewhere trying to keep him in the country. There's a note from Dublab (where you can hear mixes from Kutmah) posted below, and a #FREEKOOTZ Twitter campaign going on too.

Kutmah was supposed to play with Flying Lotus as part of his Cosmogramma release shows in L.A. this week.

More info on the situation and videos of Kutmah are posted below...

Please support Justin "Kutmah" McNulty in his deportation defense. He is facing immediate deportation unless we can reopen his case and show the authorities how vital it is for Justin to stay in our lives. This vibrant artist, dj and producer is a beloved member of the Los Angeles creative community. Help Kutmah remain in the United States!Kutmah was born in the UK to an Egyptian mother and Scottish father. He moved to the US with his mother when he was 12 years old. They immediately applied for residency to keep them from being sent to Egypt. As a British citizen the court ruled that he would be able to live in the UK which in their eyes wasn't such a bad place. They denied their application. Kutmah and his Mom returned to court to plead their case 14 years ago when Kutmah was 20. They were again denied a green card and were urged to sign a document stating they would voluntary leave the US.On Wednesday morning, May 5th armed Immigration agents entered Kutmah's house and detained him. He was brought to a facility in downtown LA where he was interrogated. On Thursday he was moved to an INS detention facility in New Mexico and can be expelled from the country at any moment. We need to show how important Kutmah is to the LA and US community. [Free Kutmah