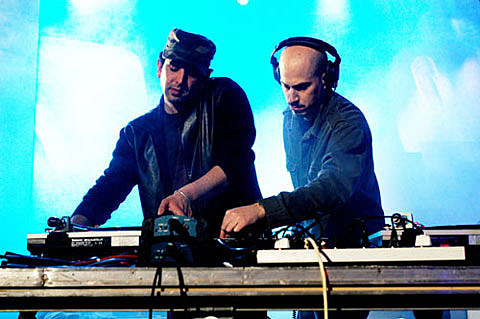 Brooklyn DJ duo Metro Area (Morgan Geist and Darshan Jesrani) are going on a small US tour at the end of the month. Due to the tour's sponsorship by Scion, all stops on the tour are free. The tour kicks off in NYC on June 27 at Santos Party House. House of House and Goddollars open the show. You just have to RSVP to enter.

What can Miami expect during Metro Area's upcoming performance at the Electric Pickle?

A good time, I hope. Open-minded crowds, music-loving and dancing crowds rather than people who consider club music a disposable soundtrack to nightlife... they seem to appreciate our sets the most. So with hope it'll be a good match. We'll be mixing all of our influences and trying our best to make people sweat!