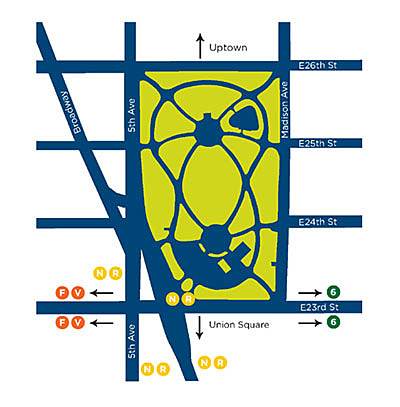 The 2010 lineup for Madison Square Park's annual Oval Lawn series of free Wednesday shows is below. Held in the same NYC location that the Big Apple BBQ occupies this weekend (June 12-13), the series will offer eight free concerts this summer. The Big Apple BBQ features three bands on Saturday, and three on Sunday including Daptone Records' Charles Bradley. Full schedule below...

Texas songstress Carolyn Wonderland is a triple threat - eclectic songwriter, soulful vocalist, guitar goddess - who's appeared on more than twenty albums, six of them her own releases. Like her spiritual predecessors Janis Joplin and Bonnie Raitt, Carolyn's music remains firmly rooted in the blues but with added flavors from Western swing to Sixties soul. "She's something else!" - Bob Dylan

Bob Schneider has been a fixture on the fertile Austin music scene for nearly two decades, beginning with his stints in popular regional bands like Joe Rockhead and the Ugly Americans. As a solo artist, Bob skillfully colors his semi-confessional songwriting with shades of funk, folk, and Texas country-rock. Last March, Bob swept the 2010 Austin Music Awards when he won Austin Band of the Year, Austin Musician of the Year, Austin Album of the Year (for Lovely Creatures), and Best Male Vocal.

Straight out of Austin, the Derailers are the crown princes of Texas country-rock. Over the course of fifteen years and nine albums, this versatile and exciting quartet has combined the influences of Buck Owens, George Jones, Roy Orbison, Elvis Presley, Charlie Rich, and the Beatles into a sound distinctly their own. "Mixing country and rock with a flair that very few bands are capable of these days." (Jim Caligiuri, Austin Chronicle)

On cult-favorite recordings like his Dunham Records single "The World (Is Going up in Flames)," soul survivor Charles Bradley revealed himself to be a gritty, deeply expressive singer in the great tradition of Otis Redding and James Brown. That makes Charles the ideal front man for the Menahan Street Band, a group that brings together some of the city's top funk and soul musicians drawn from the ranks of Sharon Jones & the Dap-Kings, the El Michels Affair, Antibalas, and the Budos Band. The MSB's international rep reached a whole 'nother level when Jay-Z sampled the title track of the band's Dunham debut album, Make the Road by Walking, for his smash hit "Roc Boys (and the Winner is...)" from the American Gangster album, which Rolling Stone hailed as the Number One single of 2007.

Reform School Girl, the latest release from Nick Curran & the Lowlifes, is a retro-kicking stew of punk, blues, and rockabilly that entertains from start to finish, its unvarnished low-fi sound striking a surprisingly modern chord. Front man Nick pushes his voice to its outer limits, coming on like the plains-bred offspring of Little Richard. "Captures everything that made the kids go crazy fifty years ago...

Bring a blanket and picnic dinner to these free concerts on the Oval Lawn. Our hand-picked line-ups present a mix of nationally touring acts ranging from jazz, soul and R&B to folk, bluegrass and pop.

Solas
June 23, 7:00 pm
Praised for their "unbridled vitality" by The New York Times, Solas has gained a reputation as the most popular and influential Celtic band to emerge from the United States. While they gained recognition as an exciting and virtuosic Celtic group, they've transcended their genre with a sound that is traditional, yet all their own. Since their founding in 1996, Solas has perfected a mix of folk and country melodies, bluesy jazz-inspired improvisations and global rhythms, and have gained fans in the likes of Bela Fleck, Emmylou Harris and rap-producer Timbaland , who sampled Solas in the radio hit "All Yall".

Mose Allison
June 30, 7:00 pm
Jazz pianist Mose Allison brings the sounds of his freshly released album "The Way of The World" (Anti-) to the Mad. Sq. stage. Born in the Mississippi Delta and raised on the sounds of Louis Armstrong, Duke Ellington and Nat King Cole, Allison was primed to hit New York's jazz scene in 1956 where he performed with Stan Getz, Al Cohn and Gerry Mulligan. At 82, Allison continues to mix his cerebral and witty lyrics with strong, no-nonsense playing - adding to a catalog of songs that have been covered by a veritable who's who of music - from the Clash, The Pixies and Elvis Costello, to Bonnie Raitt, and Eric Clapton.

Alecia Nugent
The Farewell Drifters
July 7, 6:00 pm
Voted Female Vocalist of The Year, by The Society for the Preservation of Bluegrass Music of America, Alecia Nugent sings bluegrass and country that can tear the barn down, then bring you to tears. Nugent's latest release Hillbilly Goddess (Rounder), spins traditional bluegrass with her own contemporary sound.
The Farewell Drifters, mixing equal parts bluegrass and The Beach Boys, open the evening with songs from their sophomore album Yellow Tag Mondays. (Heart Squeeze Records)

David Bromberg Quartet
July 14, 7:00 pm
Making his name with the radio hit "The Hold-up", co-written with Beatle George Harrison, David Bromberg boasts a long and varied career as a successful singer and songwriter, and as a session guitarist playing on hundreds of records by artists including Bob Dylan, The Eagles, and Carly Simon. After a hiatus spent as a fine-violin craftsman, Bromberg's awaited return to the stage follows the release of his most recent album, Try Me One More Time (Appleseed Recordings).

SOMI
John Ellis & Double-Wide
July 21, 6:00 pm
Somi's most recent recording is as much a testament of her global citizenship as it is of her musical poise. If The Rain Comes First (ObliqSound) was recorded in Paris, sung in English and three East African languages, and calls on an ensemble of greats including Hugh Masekela and David Gilmore. Often compared to Nina Simone and Diane Reeves, and described as "all elegance and awe" by Billboard.com, Somi brings a magical, captivating presence to the stage.
John Ellis & Double Wide open the night with music from Puppet Mischief (Obliqsound), The group features a hip blend of unorthodox jazz instrumentation for a carnival of high-flying tunes.

The Wailin' Jennys
July 28, 7:00 pm
The Juno Award-winning roots band, The Wailin' Jennys, combines elements of folk, classical, and pop music, powered by spot on harmonies. The group, made up of Ruth Moody, Nicky Mehta and Heather Masse, could recently be heard singing with Garrison Keillor on A Prairie Home Companion. Their latest album, released to critical acclaim, is Live at The Mauch Chunk Opera House (Red House Records).

The James Carter Organ Trio
August 4, 7:00 pm
Described as a "Sax God" by Hi-Fi UK, James Carter brings his trio to Madison Square Park for a season finale of jazz. A darling of the jazz world since his breakout album in 1993, Carter has yet to meet a sax riff he couldn't devour and his mastery is evident on his latest release Present Tense (Emarcy).