view from St. Mary's Park in the Bronx (Big Map) 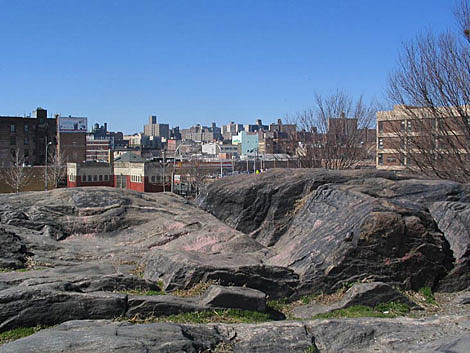 Man Man and the BCC crews are in great company this summer. The New York City Parks Foundation will again present its annual CityParks Concerts series of free concerts throughout the five boroughs. Those free events include shows by KRS-One, DJ Premier, Pete Rock, Slick Rick, Naughty by Nature, MC Lyte, and even BCC collaborator Raekwon. (By the way... Cuban Links 2 on August 11? I still don't believe it - BB.)

Not every park is covered in this series (like Prospect, Central, and Asser Levy for instance), but I wouldn't be surprised if covers almost every one that doesn't already host its own larger series . Full schedule below...