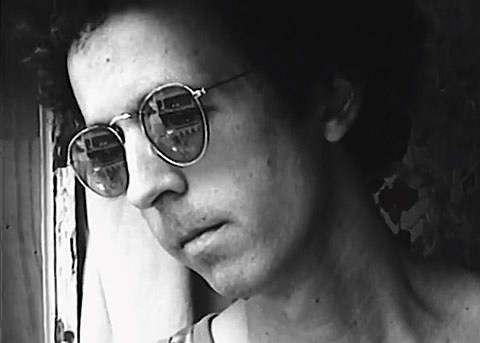 Australian expats Free Time released a new 7" last month via Underwater Peoples. The A-side was an upbeat rocker (in a Feelies kind of way) called "Esoteric Tizz." The B-side, "Guess Work," is much more chill and instrospective. The video for the song, shot in stark black and white by director Johann Rashid, fits the song's vibe, a quiet portrait of New York City that looks like it could've been made by Beth B or Jim Jarmusch in 1980. That makes it's premiere in this post and you can watch it, and stream the other side of the single, below.

Free Time just played Cake Shop last night with Australian band The Stevens (who have two more NYC shows), and you've got a couple more chances to see them in the coming weeks with more Aussie bands. They play September 21 at Glasslands with Scott & Charlene's Wedding, Cassie Ramone and Liam Betson (tickets), and then Death by Audio on September 26 with Dick Diver, PC Worship and Dark Blue.

Video and single stream below...