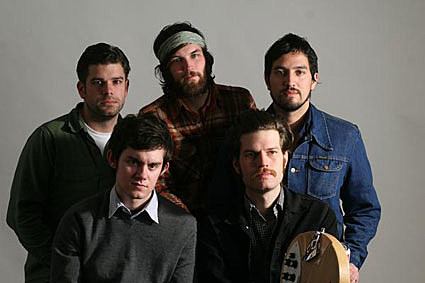 The Weight Are Men. I can't/won't literally vouch for that (no offense dudes), but I know that The Weight will drop an album of that name on August 5th via The Colonel Records, their first album and their first since playing our SXSW party in March. The classic rock/country-tinged "A Day In The Sun" (download above) is pretty representative of Are Men.

King Tuff is an offshoot of the mighty Witch (and Feathers for that matter), sharing member/frontman Kyle Thomas betwixt them. Whereas Witch is all Sabbath-ian brawn, the King Tuff song "Sun Medallion" takes its roots in lo-fi garage rock (from Was Dead, due in the "late summer/early fall").

TK Webb & The Visions is TK Webb (duh), with The Visions being comprised of past/present members of Love Is Laughter and a current member of The Comas & Blood On The Wall (Brian Hale & Nic Gonzales). The upcoming Ancestor (Kemado, Sept 2nd) retains alot of the blues of Phantom Parade, but heads in a heavier rock direction ("Teen Is Still Shaking" is above).

Tournament is one of those hardcore/punk bands that seems to be on every punk/heavy music bill in NYC. Their newest EP, the eclectic Swordswallower, is available for download (IN FULL) for the meager price of nada at their myspace. (TOTALLY worth it)

So.... what the hell do these bands have in common? They are all playing the inaugural Freedom Fest NYC this July 4th-6th!

To set it off right, here's how the press release ends:

I hope so. With hopes on high, lets check out the rest of it: 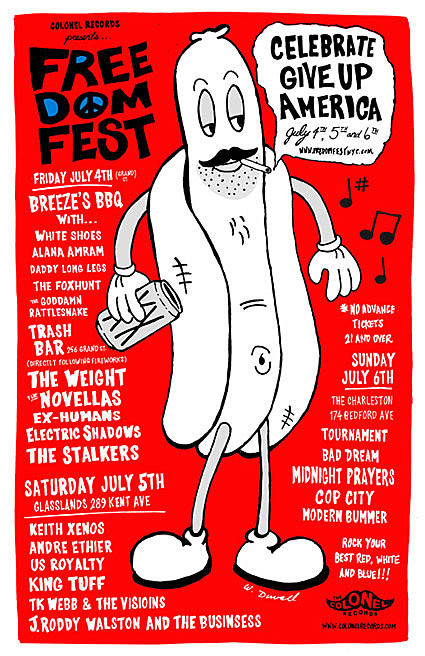 Freedom Fest is a celebration of all things American; Booze, BBQ and Live Music.

Featuring performances by King Tuff (Kyle Thomas of Witch), The Weight, Andre Either, The Stalkers and many more.