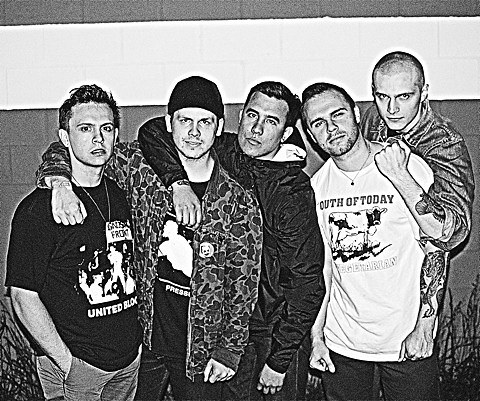 Detroit hardcore band Freedom are following 2014's Pay the Price with USA Hardcore this October via Triple B Records. The album's first single is "Military Issue" which premieres below. Album artwork below too.

Freedom are beginning a tour this weekend with LA's great Fury, leading up to both bands' appearances at Berserktown II. It stops near NYC for a Long Island show on Wednesday (7/29) at Amityville Music Hall with Intent, Provider, Impact and Hangman. Tickets are on sale now. All dates are listed on the flyer below.

The band will also be close to NYC for the 2015 Back to School Jam which happens at Howell, NJ's GameChanger World on September 12 with Trapped Under Ice (ending a two-year hiatus), Code Orange, Incendiary, 100 Demons, Suburban Scum, Weekend Nachos, Naysayer, Rude Awakening, Lifeless, Give, Blind Justice, Eternal Sleep and Manipulate. Tickets go on sale Tuesday (7/28) at noon. Flyer below. 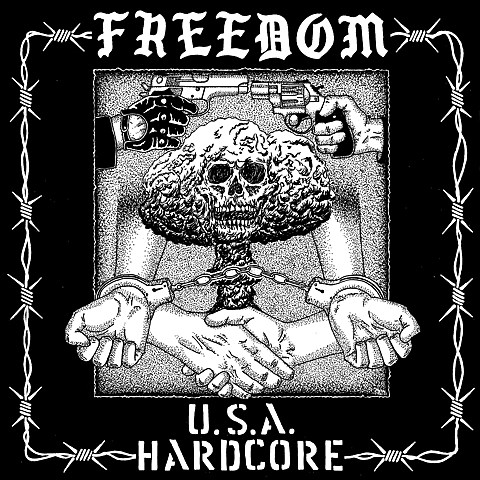 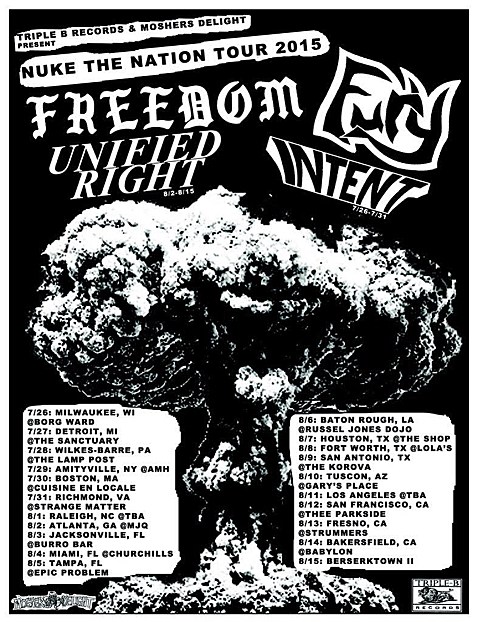 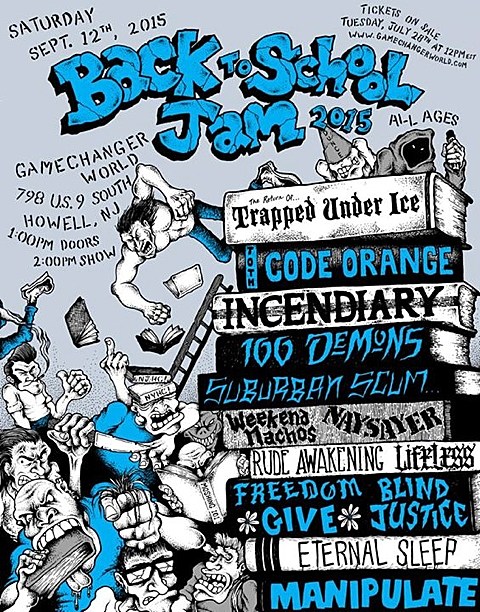