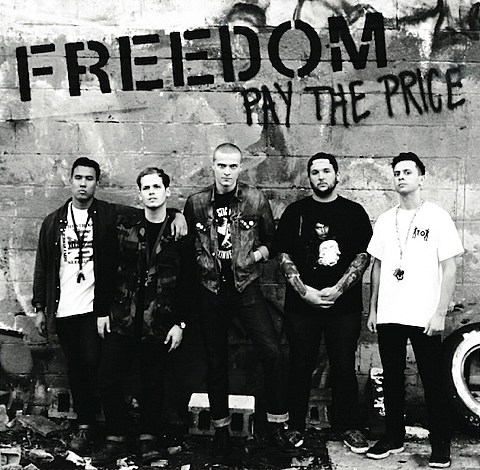 Detroit hardcore band Freedom is set to release a collection of eight 2-minute and under punishers on a 7" titled Pay the Price tonight (1/16), at the first show of the band's short east coast run. Stream it below. Freedom's tour kicks off in Nantichoke, PA with Social Damage and continues up the east coast, bringing both bands to Long Island on Saturday (1/18) at Casa de Swezey with Brooklyn punks Brain Slug, Numbskull and Separated. Doors are at 6 PM, admission is $10. All dates, including a Philly show with Power Trip, and Long Island show flyer below.

Freedom also recently appeared on a Detroit hardcore compilation called Fair Warning : Detroit Hardcore that's being pressed to a 7" on Lost Time Records, due out on January 20. Give what Detroit's got to offer a listen below.

The Erie, PA date of their tour is with Homewrecker, who is playing the Invisible Oranges-sponsored A389 Tenth Anniversary Bash at the Baltimore Soundstage this weekend (1/17 & 1/18). The fest is loaded: the Systems Overload lineup of Integrity is making an appearance, as well as Infest, Haymaker, Power Trip (who played Saint Vitus last night), All Out War, Bloodlet, Noisem, Weekend Nachos, Iron Reagan and many more. If you haven't yet, check out the full lineup below.

All Freedom dates are listed, along with the A389 lineup and streams, below... 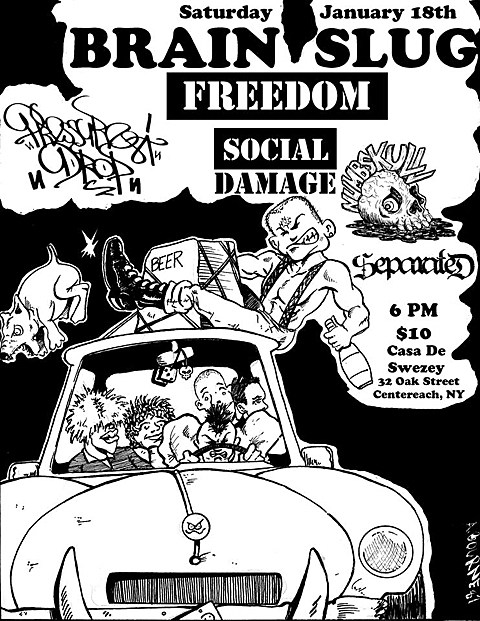