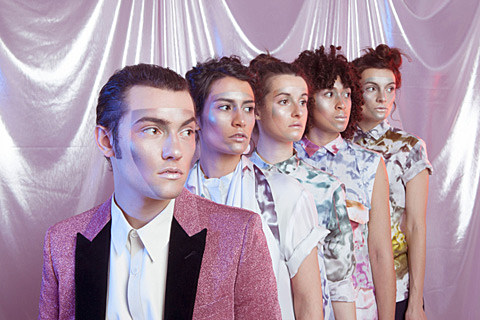 Parisian multi-instrumentalist Pablo Padovani makes far-out, cosmic pop under the name Moodoïd. (Live, Moodoïd is a five-piece band.) His album, Le Monde Möö, came out last year and is worth checking out. It's a glammy fusion of psych, prog and kraut -- you can stream it below. It's about to get a vinyl repress which comes with a few extra songs, like "Le lac d'or" which features vocals from Melody Prochet (aka Melody's Echo Chamber). That song, which will also be featured on a five-song Moodoïd cassette on Burger Records, makes its premiere in this post. Have a listen below.

Padovani also plays in the Melody's Echo Chamber live band who will be touring around Austin Levitation festival (fka Psych Fest), including a NYC show at Music Hall of Williamsburg on May 12 with Corridor. Tickets for that show are still available.