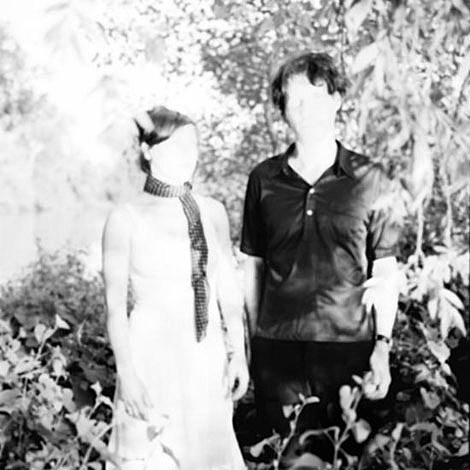 Holden is a French duo who began recording in 1997. Band members are Armelle Pioline (vocals) and Dominique Dépret (aka Mocke, guitar). With Pierre-Jean Grapin (drums), Evan Evans (clavier) and Richard Cousin (bass), they released 'L'arrière monde' in 1998. In 2001, they met the producer Senor Coconut aka Atom aka Uwe Schmidt, who mixed their second album, 'Pedrolira' (2002). They recorded their last album, Chevrotine, in Chile, 2006

Holden's newest album Fantomatisme was released in 2009. The four songs streaming at their MySpace are great. Time Out describes it well: "Parisian duo Holden offers wistful, transporting folk-pop, accented with bossa nova and jazz. Armelle Pioline's yearning French vocals make us feel like we're inhabiting an early Godard film." The slower / bossa nova songs remind me of Keren Ann or Astrud Gilberto, though in some videos (below), they also rock out a little more.

Supposedly the band is big in France, but nobody knows about them here. That means we get to see them in intimate venues while they're visiting NYC for five shows this week. The first was Saturday night at Zebulon (did you catch it?). Sunday (11/15) the show is at Sycamore. Monday is at Matchless. Tuesday at Barbes (as well as a WNYC radio session with David Garland earlier that day), and then Wednesday they end the run at Pianos (they play right before Violent Soho who play before... Group Sounds?!). All dates and some videos below...