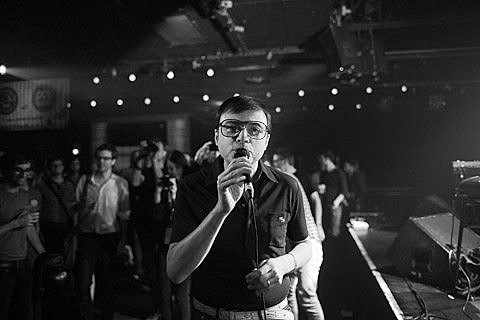 When we first posted that French artist Bertrand Burgalat would be coming to NYC for the CMJ Festival we didn't know much, but we now have specifics. He plays the Union Square Ballroom on October 16 and will be at Fat Baby on October 17. He recently played Pop Montreal (check out ze photos) and there's video footage of what looked to be a super fun show below.

The Union Square Ballroom show is part of an all-French, dance-oriented line-up that also includesSkip the Use, Juveniles, Yan Wagner and Total Warr. The show is free and open to the public with RSVP though the RSVP ...link on this page doesn't seem to be working just yet. 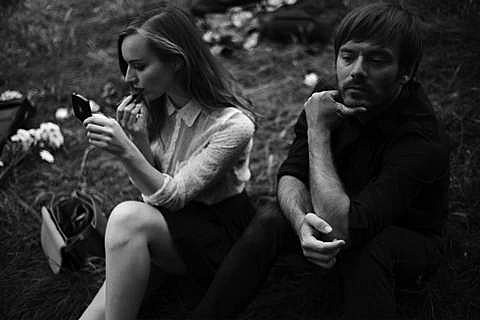 France seems to be fairly well represented at this year's CMJ and in addition to Bertrand Burgalat and the artists above there is also Tomorrow's World, which is the new project from Air's Jean-Benoit Dunckel and Lou Hayter who was (is?) keyboardist in New Young Pony Club (and put out a great solo single a few years ago under the name The New Sins). Tomorrow's World's track "So Long My Love" has been floating around the web for most of 2012 but it just now getting a physical release.

Tomorrow's World are on another mostly-French CMJ bill, this one at Highline Ballroom on October 17 with Housse de Racket (Cassius side project), Lescop and UK electrop group Citizens!. Tickets are on sale now for this one now.

Citizens! will be playing a few additional gigs during CMJ though their schedule hasn't been fleshed out. Keep your eyes peeled and in the meantime you can check out their video for "True Romance" below.

Additionally, Irene and Francis Jacob will also be here, playing 10/14 at Shrine (info), 10/19 at Joe's Pub (tix) and 10/20 at Barbes (info). You make recognize Irene from starring in '90s arthouse hits The Double Life of Veronique and Krzysztof Kieslowski's Red.

In non-CMJ French artist news, Etienne de Crecy, one of the big names in the late '90s "French touch" sound (along with Cassius, Alex Gopher, etc) will play Santos on November 5. Tickets are on sale. Etienne is also playing The Voodoo Experience in New Orleans and FFF Fest in Austin.

There are a few other videos for French bands playing during CMJ below.

Skip the Use - Give Me Your Life"