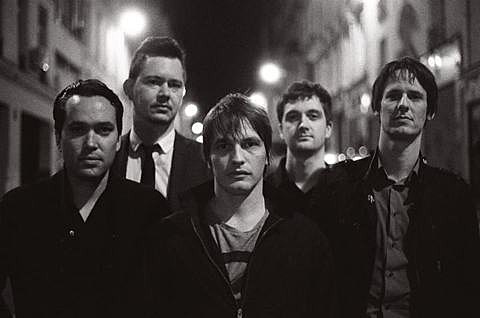 Nicolas Fromageau was a founding member of M83 and left the group right after 2003's Dead Cities, Red Seas & Lost Ghosts. He formed Team Ghost a few years later and after an EP in 2010, the group have just released their debut album, Rituals. Much like his old bandmate Anthony Gonzalez, Fromageau likes it big, be it guitars, drums or squelchy snyths. It falls a little more on the rock side things but you can dance to it too. Maybe not the best band name in the world, though. You can stream the whole album via Rdio and watch the video for "Curtains" below.

Team Ghost are over for their first-ever North American shows, the first of which happened Monday (6/10) at Pianos as part of New Music Seminar. They'll also play again Thursday (6/13) at Public Assembly with fellow Parisians Chateau Marmont and Brooklyn-via-France group Slowdance. It's the "France Rocks!" showcase at the Northside Festival. $5 or you can use your Northside badge.

"France Rocks" is throwing a party at Lower East Side club The DL tonight (6/12) where both Team Ghost and Chateau Marmont will DJ. It's free with RSVP. 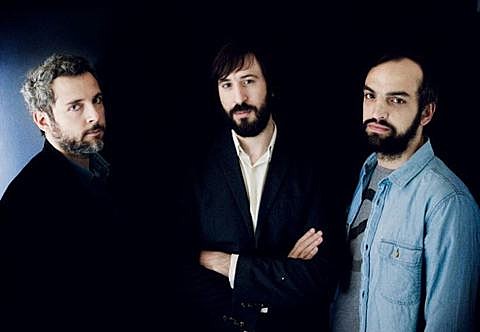 Chateau Marmont, who we've written about before, have just released their debut album, The Maze. It's a little more typically French -- danceable, owing more than a little to late '70s fromage, and pretty damn catchy. You can stream a few tracks below, including the Yusek remix of their single "Wind Blows." If you can't make Thursday, they'll play another Northside show on Friday (6/14) at Brooklyn Bowl with Computer Magic and headliners Chrome Canyon. Tickets to that show are on sale, or you can use your Northside badge.

All dates for Team Ghost and Chateau Marmont are listed, along with videos and streams, below.