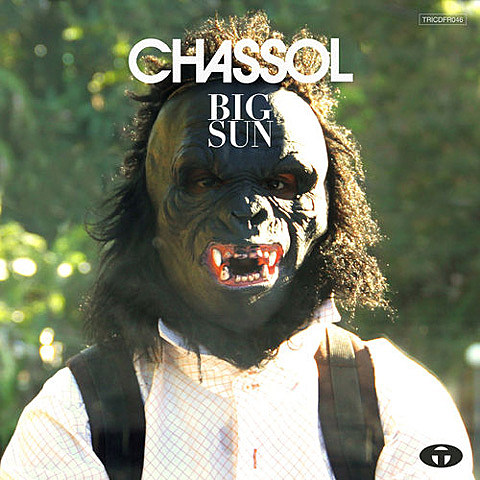 Christophe Chassol released his fourth album, Big Sun, last month via Bertrand Burgulat's Tricatel label. The record is his final chapter in his "ultrascores" trilogy, a term for the technique he developed where he and a film crew capture a particular location's color, music and sounds, which then becomes the basis for new music and an accompanying film. The result plays like a surreal travelogue and, in the case of Big Sun, they traveled to the island of Martinique, filming street musicians, poets, interesting characters, street sounds, flora and fauna, etc. While sampling field recordings is nothing new, no one really else is doing what Chassol does. For example: he'll find the melody in a bit of spoken word and harmonize with it via piano, loop it and base a song around that. He explains to Slate.fr:

The piano is a horizontal and rhythmic instrument.I try to use it as a vertical instrument by superimposing pitches and creating harmonies. And with video editing and repetition, one can duplicate the same sequence thanks to harmony, creating two distinct temporal patterns and thus transcending any kind of video footage.

It's easier to see and hear it in action than it is to explain, and you can watch clips from the Big Sun DVD, and stream the whole album via Rdio, below.

And if you want to hear more, Chassol's previous "ultrascores" are 2011's Nola Chérie (New Orleans) and 2013's Indiamore (India) and are worth checking out.