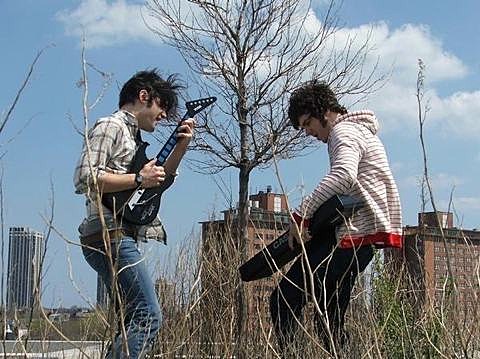 Brooklyn dance duo French Horn Rebellion released the Love is Dangerous EP at the tail end of last year. The record contained "Cold Enough," which paired the band's already '80s-pop-leaning sound with vocals from actual '80s pop star Jody Watley and you can stream that track below. The EP's title track, meanwhile, featured vocals from The Knocks' JPatt and you can stream that below too, plus a few remixes.

French Horn Rebellion play Brooklyn Bowl tonight (1/18) where they'll make their debut as an eight-piece band. Helping out will be Le Tigre's JD Samson. Also playing are synth-poppers Selebrites. Tickets are still available. The band have a few other tour dates lined-up and those are below, along with those song streams.