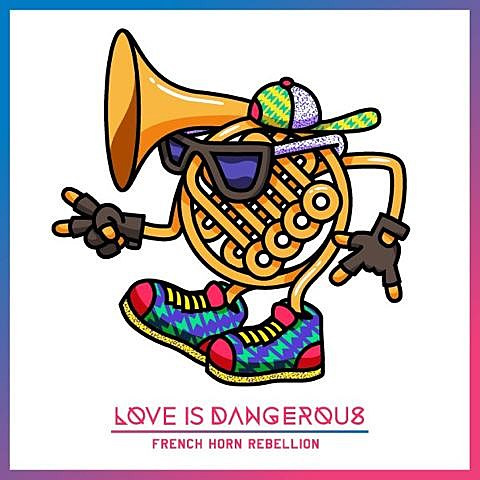 French Horn Rebellion have just announced a "Party Ensemble Residency" that will happen on four consecutive Fridays from April 19 - May 10 at Brooklyn Bowl and each one features a different set of collaborators. April 19 features '80s pop icon Jody Watley (who features on their "Cold Enough" single), plus Body Language DJ set and Ernesto of Penguin Prison; April 26 is billed as "Savoiring the Night" and if you note the spelling you might make guesses as to who the "special guests" might be; May 3 features a live set from Auto Body, plus help from Le Tigre's JD Samson (who guests on "Girls"), plus Ernesto again and a DJ set from Dirty Grand; and the final Friday (5/10) is with Nancy Whang (LCD/Juan Maclean), JPatt of the Knocks and Ernesto. All four shows feature FHR with their full band The Great Apes and tickets are on sale now. Flyer for the residency is below.

Two new remixes of "Girls" (feat. JD Samson and Fat Tony) were released today (by FM Attack and Rogue Vogue) were released today and you can stream them below, along with their recent Love is Dangerous EP and a few other FHR tracks. The band are also heading to SXSW and playing other shows after it, and all tour dates are listed below. 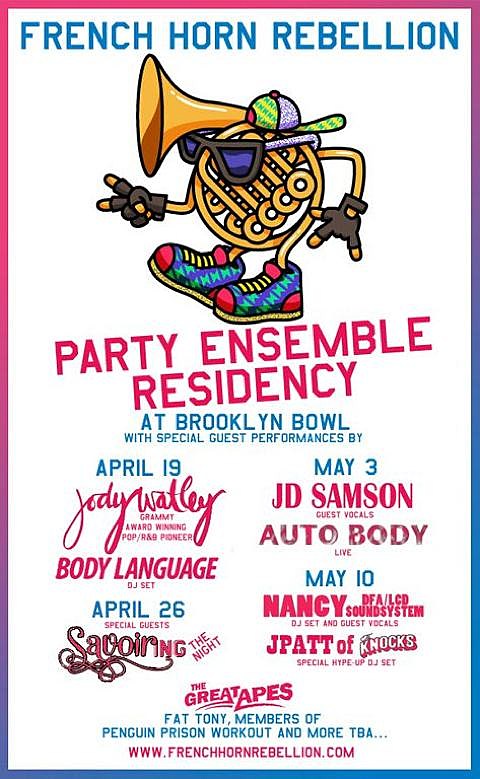