The Fresh and Onlys 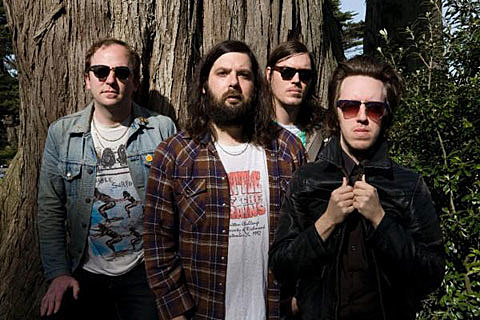 Last week, I focused on shows you could get into if you didn't get tickets to the weekend's many, many worthy shows. For this refreshingly informed and enthusiastic edition of TWII, all the exciting stuff (in my opinion) doesn't have advanced tickets. (Only one sold-out exception.) It's a pretty exciting weekend for music, so let's get into it.

San Francisco's fantastic Fresh & Onlys are back in town, playing Friday night (5/14) at Monster Island with Golden Triangle (who headline), The Babies and Coasting (who recently performed at that Chris Knox benefit). They also play Saturday (5/15) at Cake Shop with Liquor Store, Darlings, Girls at Dawn, and Xray Eyeballs (OJ from Golden Triangle's other band). Regular readers of this column, if those exist, know I'm a pretty huge fan of F&Os, but I really do think they're one of the best new bands out of the San Francisco scene. And one of the few bands whose quality nearly matches their hyper-prolific output.

Their latest EP, August in My Mind, is new on Captured Tracks and the band have releases due out this year on Hozac, Sacred Bones and In the Red, who'll be putting out the band's third album (within a year!). The band are already in town -- I ran into bassist Shayde Sartin on the street yesterday and he said the band were hoping to do some recording while here. They are hard workers!

I'm happy to report that singer Tim Cohen's arm has healed after a nasty break last summer that had him switching guitar for keyboards for all of their previous NYC shows. So the axe is back, though I'm gonna guess he'll play a little of both this time out. The MP3 for August in My Mind's "Diamond in the Dark" is at the top of this post. And if you can't see them this weekend, The Fresh & Onlys will be back for the Northside Festival in June. 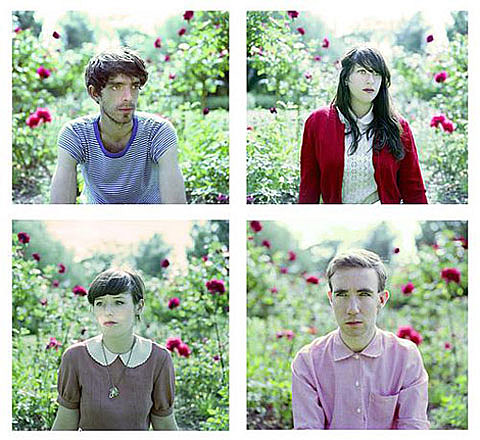 Also this weekend: the American debut of UK band Veronica Falls, who play Glasslands on Saturday (5/15) with Crystal Stilts, Minks and Home Blitz ($12 and you need to RSVP); and then on Sunday (5/16) at Bruar Falls with Frankie Rose & the Outs, German Measles and The Surprisers ($8). Both shows are pretty killer, line-up wise. Veronica Falls are kind like a Fantasy League indiepop band. They met at a Comet Gain show (!), with members culled from short-lived but awesome Glasgow bands The Royal We and Sexy Kids, as well as the excellent-and-still-going Your Twenties. They owe lots to their ancestors -- a song like "Stephen" just has to be about The Pastels -- are mopey without being morose, and are just twee enough to be endearing. It's a delicate line, but Veronica Walls walk it perfectly.

Mind you, they've only released one single so far, the great "Found Love in a Graveyard" (downloadable above) with its killer cover of Roky Erickson's "Starry Eyes" on the flip, but there are few bands recently who've left me so hungry for more. Their second single, the Crystal Stilts-ish "Beachy Head," is pretty good too and due out next week. Hopefully they'll have copies with them at the shows.

If you can't make either show, or you like them so much you want to see them again, by all means come to Cake Shop next Thursday (5/20) when Veronica Falls play NYC Popfest along with Sweden's Leaving Mornington Crescent, the UK's Horowitz, the Sweater Girls from Los Angeles, plus winsome locals Dream Diary and Elephant Parade. We're going to be giving away a NYC Popfest festival pass...stay tuned to this channel for details!

And a few more shows, night by night: 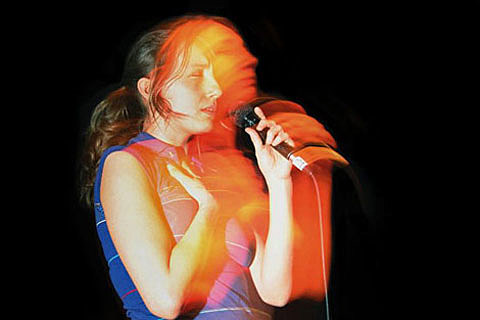 Top show tonight has to be The Blow at Glasslands. It's one of the few shows at this venue I can remember having advance tickets, which are sold out. It's been almost four years since Khaela Maricich released the awesome Paper Television, so we're long overdue for some new tunes. I haven't seen her perform since CMJ 2006 when she had an entire crowd hanging on her every word with just an iPod as her band. Khaela, who moved to NYC last year, is a magnetic performer and I'd imagine she'd be just as engaging doing all new material as she would her back catalog. A new EP is due out later this year, hopefully she'll do most of it tonight. Openers are nothing to sneeze at either: Acrylics and Julianna Barwick.

Also tonight, as part of the Deli Mag's Best of NYC Fest you can see Beach Fossils, Midnight Masses and Mon Khmer at Brooklyn Bowl for only $5. That's kind of hard to pass up.

If you missed them last night, go see Eddie Argos' high-concept other, other group, Everybody Was in the French Resistance...Now!, at Union Hall where they play with Radical Dads and Les Sans Culottes. If you don't know, every song of their album, Fixing the Charts, is a response to classic pop songs. It's pretty clever, as you might expect from Mr. Argos. And even if you don't really like to listen to his records, he's always worth seeing live.

And tonight's the return of The Big Sleep who play a free show at Mercury Lounge (when is the last time that happened?), their first in two years. 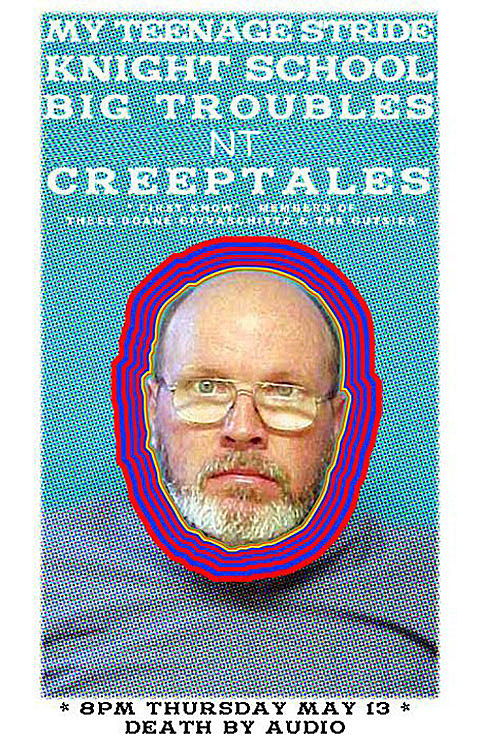 The Figgs are in town, promoting their 10th album, The Man Who Fights Himself, which came out this week. Tonight they play an early set (8PM) at Fontanas, and will play Union Hall on Saturday (5/15).

For those who like to dance and like music you can do that to, The Hundred in the Hands play Mercury Lounge, opening for the Goldfrapp-y Golden Filter (whose record is a bit of a yawn). The Hundred in the Hands' new EP, This Desert, is quite good -- a bit post-punky, a bit shoegaze-y but sounds like now. And you can dance to it. I like it a lot. They play up the shoegaze element live but do it very well. They're good.

If you still haven't seen Twin Sister, they play the opening night of the 2010 Rooftop Films series. It's supposed to thunderstorm -- they do have indoor facilities -- if that factors into your decision. 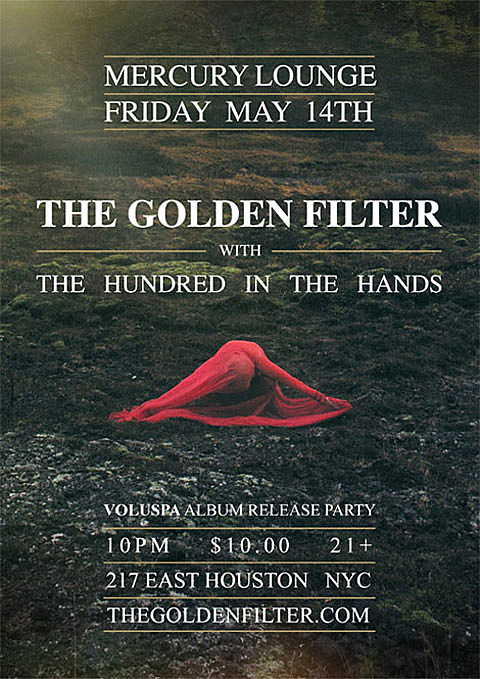 Bliss out to Spectrum and Dean and Britta as they take part in the Joshua Light Show residency at the Abrons Art Center.

Mahogany play Rooftop Films, which hosts a screening of Holy Rollers, which is loosely based on the true story of a young Hassidic Jew in Williamsburg (The Squid & the Whale's Jesse Eisenberg) who becomes an ecstasy smuggler. Sounds interesting but got mixed reviews at Sundance. Mahogany, are good, though. Weather's supposed to be great.

It's a good line-up of local bands at Pianos helping NYC Taper celebrate his 3rd anniversary: ArpLine, Uninhabitable Mansions, Dinosaur Feathers and Natureboy. If you can't make it, I have a feeling recordings might surface at some point. 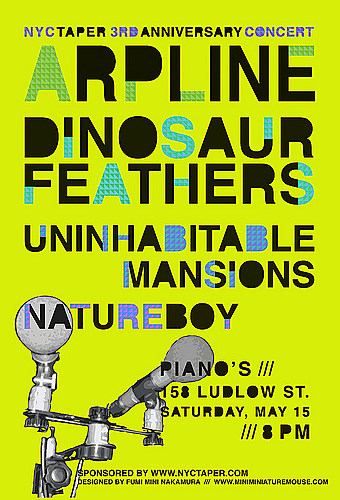 You should really go see Veronica Falls, Frankie Rose & the Outs at Bruar Falls. But if not...

Union Hall presents The Lindsay Buckingham Appreciation Society who will perform Fleetwood Mac's Tusk in its entirety. The LBAS includes members of Danielson, Papas Fritas, and others. Sounds like fun (and you can go there after spending the day exploring the 5th Avenue Street Fair happening out front).

Ok, that's enough to get you through the weekend. More flyers, videos and tour dates are below. 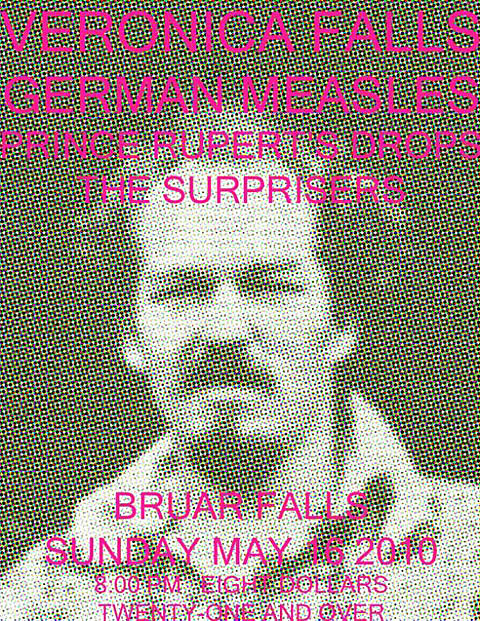