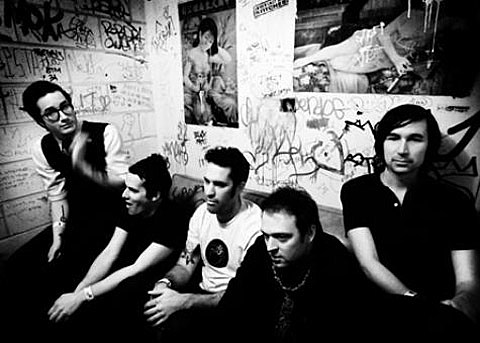 Freshkills are welcoming another set of slithering gothic post-punk with Raise Up The Sheets, their new LP due on March 13th via Bat Rabies/The End Records. The band looked to Jim Sclavunos (member of Grinderman/Nick Cave & The Bad Seeds, ex-Sonic Youth, The Cramps, etc) to try and contain their live energy and drunken-late-night-sexy and you can hear some of the results in two tracks (""The Bigger Man" and "Positive Vibes") from it above and below. Check out the video for "The Bigger Man" available for the first time below.

The band will celebrate the LP release with a stop at Pianos on March 9th with Kid Savant and Such Hounds (tickets), the first date in a string of shows on the their way to SXSW.

Full set of tour dates are below, along with the video and all streams...