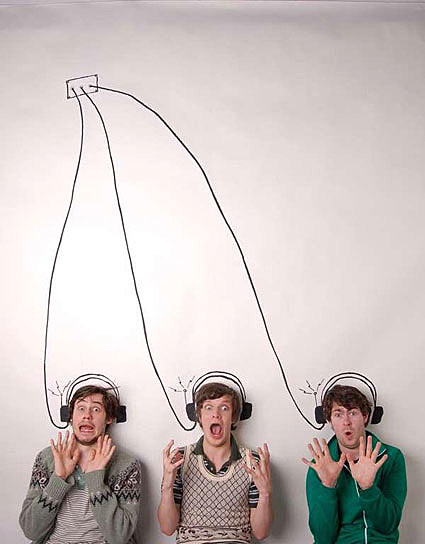 I don't want to tread on Showtrotta/Mr. Bruno's territory here (and I know they mentioned them already), but UK dance-rock act Friendly Fires are in town this weekend to play two area shows -- Saturday night they played Santo's Party House (how was it?), and Monday (7/28) they're at Mercury Lounge before heading to LA. The band, who aren't so far from Cut Copy sonically, put out a couple of good EPs last year and a great single, "Paris," on Moshi Moshi. Their debut album comes out in September in the UK. (No U.S. release date yet, but they're on XL so it'll happen at some point.) You never can tell whether bands like this are going to be any good live though; how much they'll rely on backing tracks, etc. But it's worth showing up to find out. 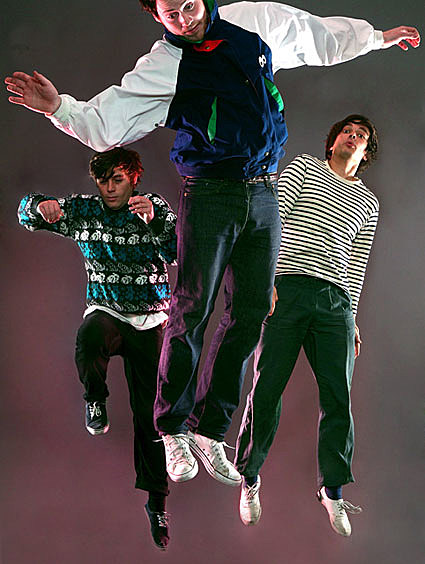 I have no such fears about Metronomy who I've seen a couple times and are a lot of fun and whose new album, Nights Out, is fantastic. I know we're all suffering dance rock fatigue but, if you're unfamilar with them, Metronomy aren't your average herky-jerky-angular-guitars kind of band. (Though their music is herky jerky with some angular guitars in there.) It's really closer to Hot Chip, going off in weird directions, full of squelchy keyboards and live drums and weird vocoder effects and whistling. And Nights Out is just good song after good song. Metronomy play a free show at Hiro Ballroom on Thursday (7/31, rsvp here, though it's a bit confusing if you ask me) and then a late show at Union Hall on Friday, Aug. 1 (tickets) with "Very Special Guests." 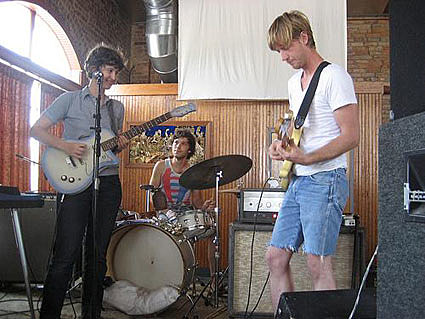 Also coming to town next week are Austin's YellowFever, which features Jennifer Moore who used to be in Voxtrot. Moore's voice is a little like Beth Orton's; pretty and a bit sad, and the music is spare and understated and just lovely. Check out the MP3s at the top of this post. They're playing Death by Audio, Cake Shop and Union Pool (dates below) so do try to catch them. 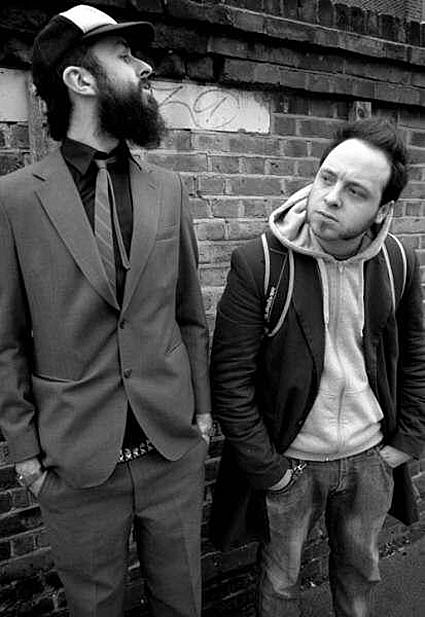 Speaking of Austin, one of my favorite performances at this year's SXSW festival was UK hip hop duo Dan le Sac Vs. Scroobius Pip who got a lot of buzz last year for their single "Thou Shalt Always Kill." I'm sure some people saw them as a One Hit Wonder sort of thing but their debut album, Angles, is surprising, funny, smart, and you can kind of dance to it. (The beats are a bit weird sometimes is my only criticism.) The album is coming out in the U.S. and Canada via Sage Francis' Strange Famous label on September 2 and Dan and Scroobius will be touring North America in support around that time too. Tickets are on sale for two shows at Mercury Lounge. Scroobius Pip is a charismatic guy and knows how to win over an audience -- even if you're not that crazy about the records, they're worth checking out live.