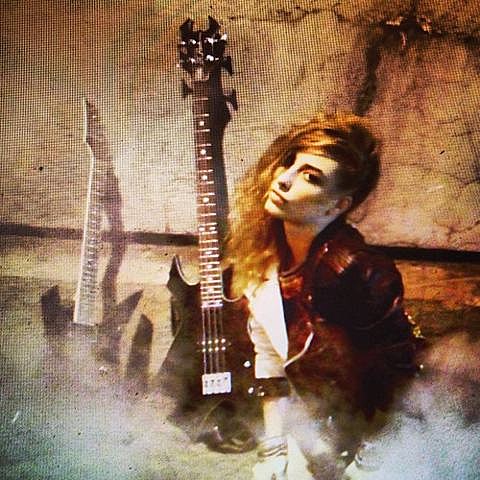 Though they've lost a few members in the last year, Friends are still a going entity. Singer Samantha Urbani still fronts the group, now a trio, and they released a new track last month, a "Taoist power ballad" titled "The Way" which features nonspecific help from Dev Hynes. You can stream it in this post.

The revamped version of Friends play Glasslands on Saturday (8/31) with Greatest Hits and Haribou. DJing in between sets is -- and this made me do a double take -- Test Icicles, who you may remember Hynes' mid-00s arty post-punk band (best known for their single "Circle Square Triangle"). It's not all three members, actually, just Dev and Sam Menham...but definitely a kick seeing their name in a listing. (Are you excited by a band DJ set?) Maybe Dev Hynes will provide unspecified help onstage with Friends. Who can say? Tickets are on sale now.