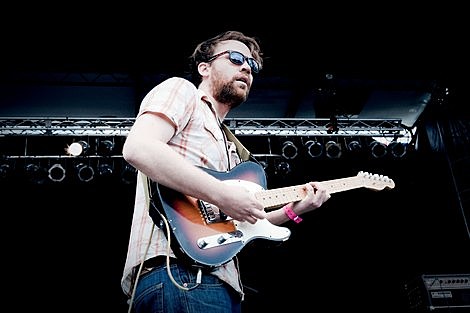 Spin: Why Frightened Rabbit? "When I first started playing," says singer-guitarist Scott Hutchison, "I was a solo act and, unfortunately, Scott Hutchison is not a catchy band name at all. I thought of Frightened Rabbit because it was a nickname given to me by my mum when I was younger. I was incredibly shy as a child, almost chronically so. My parents would take me to their friends' houses and I'd be expected to play with their kids -- I guess the idea was to socialize me -- but I had no interest. These kids weren't my friends. Why did I have to play with them? I'd end up just sitting silently by myself.

So out of that, my mum called me her frightened rabbit. When I started to play with the other guys in the band, we didn't other finding a new name.

Frightened Rabbit' third LP, The Winter Of Mixed Drinks, is scheduled for a March 9th release on FatCat Records. The first single off that, "Nothing Like You," comes out February 23rd. The song is streaming at Fat Cat, and a video of the guys playing it on top of a movie theater in London is posted below. The new record is their first full-length release since 2008's The Midnight Organ Fight - Winter was recorded by the band and "mixed by Peter Katis (The Twilight Sad, The National, We Were Promised Jetpacks etc) in Connecticut."

Frightened Rabbit come to the US for SXSW in March. Then they'll be back for post-Coachella shows in April and May. The trip, which runs across North America, stops at NYC's Webster Hall on April 28th. tickets are on sale Friday at noon.

All tour dates, artwork for the new single, the above-mentioned video and one of the band doing the Christmas song "Walking in the Air" are below...

Frightened Rabbit - Walking in the Air 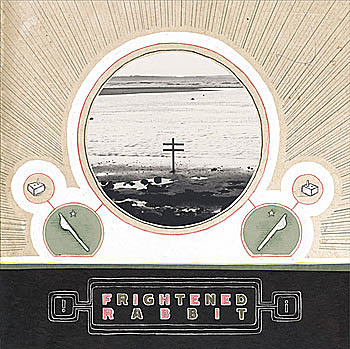