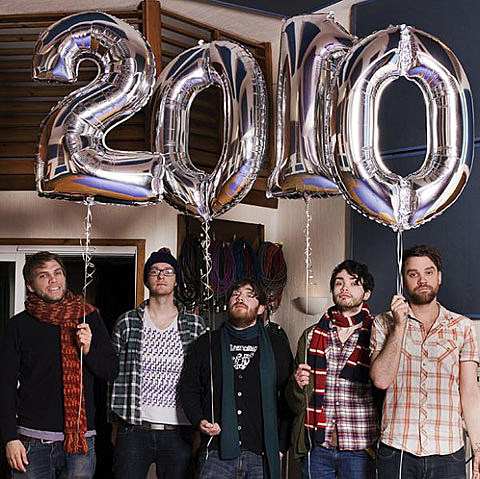 Frightened Rabbit, whose North American tour stops at Webster Hall on April 28th, will be doing an in-store at Sound Fix earlier that night. Note that the Webster Hall show (with Bad Veins and Maps & Atlases who are at Maxwell's tonight/Thursday) is sold out.

Also coming up at Sound Fix are Fol Chen on April 18th (whose current tour with Liars hits Bowery Ballroom tonight and Music Hall of Williamburg the same day as the in-store) and Golden Triangle (who have plenty of other shows, listed below) on May 4th.

For Record Store Day, Sound Fix doesn't have any live music, but will be opening at 10:30am to sell the RSD exclusive records from this list. Some discs they should have copies of (according to the clerk there) are Black Moth Super Rainbow's limited double-LP version of 2009's Eating Us, a super-exclusive Rodriguez 7" with "Inner City Blues (recorded live in the streets of Paris) paired with "I'm Gonna Live Til I Die" (live cover of Frank Sinatra song), and a Fela Kuti 10" EP (4 songs, recorded in LA in 1969; cover is replica of first Nigerian Fela Kuti record).

The full schedules for Sound Fix and Golden Triange are below...