"@brooklynvegan unlikely... unless they allow us to headline Sunday night. In other words, no." - Frightened Rabbit 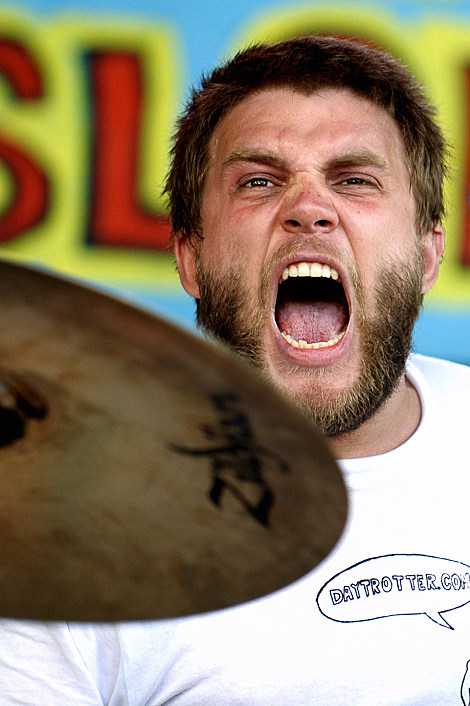 LOS ANGELES, April 16, 2010 - Due to unforeseen circumstances, Frightened Rabbit will not be appearing at the Coachella Music & Arts Festival on Saturday, April 17 as planned. As of Thursday, April 15, airspace in the UK has been shut down due to the recently erupted Icelandic volcano, which clouded the sky with volcanic ash. As a direct result, the UK has issued a no-fly deadline and all flights are reportedly shut down until 7 am GMT tomorrow, which ensures the band will miss their 2:45 pm scheduled set.

Eurocontrol, the European air traffic agency, said the delays will continue into Saturday as the ash cloud moves south and east. The ash has closed the three busiest airports in Europe: Heathrow in London, Frankfurt in Germany and Charles de Gaulle in Paris.

Having just released their new album, "The Winter Of Mixed Drinks," Coachella was to serve as Frightened Rabbit's kick off to their North American tour. The tour is expected to begin Monday, April 19 in Tempe.

They're dropping like rabbits, I mean flies. Frightened Rabbit join the Cribs in the Coachella Volcano club.

Frightened Rabbit's NYC show at Webster Hall on April 28th is sold out, but, assuming they make it here by then, you can still attempt to catch them at Sound Fix earlier that day. The post-Record Store day show is one of five U.S. in-stores the Scottish band will play over the course of their previously announced, spring, post-Coachella-cancellation tour. All of those dates are below...