Frightened Rabbit at Williamsburg Waterfront in 2011 (more by Dominick Mastrangelo) 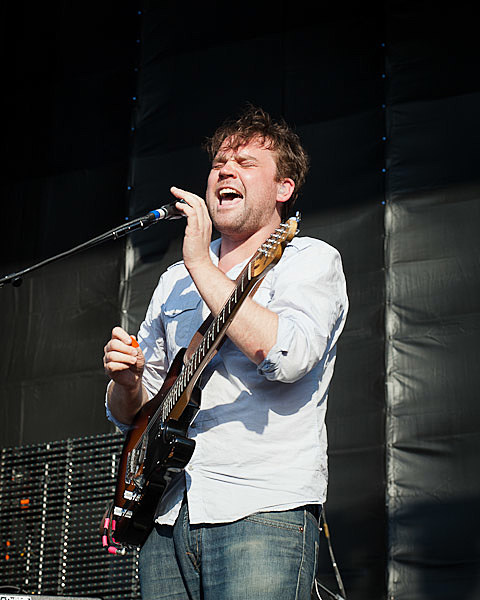 As mentioned, Frightened Rabbit are releasing a new full length in 2013 and since we last spoke, details have been revealed about that album. It's called Pedestrian Verse and it will be out on February 5 via Atlantic, their first full length for their new major label home. It was produced by Leo Abrahams. You can watch the video for the album's lead single, "Dead Now," and check out the cover art and tracklist below.

Frightened Rabbit will be supporting the new album with a North American tour in the spring which brings the band to NYC on April 4 at Terminal 5. Tickets for that show go on sale Friday (12/14) at noon with an AmEx presale starting Wednesday (12/12) at noon.

A list of all dates, video, cover art, and tracklist are below.