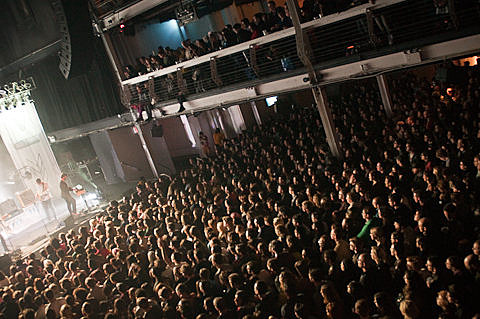 "We wanted to release some sort of 12-inch for Record Store Day, but we had no idea how it would come about, or with whom we could trick into doing it with us," said Manchester Orchestra's Andy Hull. "I sent a text to the first two bands we wanted to work with and they said yes. Being friends with both Grouplove and Frightened Rabbit, we decided instead of doing a split, we'd make it a full on collaboration."

"This is our way of putting some Manchester Love on some Group Orchestra," added Grouplove's Hannah Hooper, who helped design the release's artwork. Manchester Orchestra's Chris Freeman also contributed to the artwork.

"Andy Hull's solo album 'Church Of The Great Thief' was pretty much my favourite record of 2012, so when the opportunity arose for us to write a song together I jumped at the chance," said Frightened Rabbit's Scott Hutchison. "Strangely, we've never met, but via a string of emails and texts we managed to complete 'Architect.' I'm really proud of it."

For "Make It To Me," Manchester Orchestra sent Grouplove a "bare bones rock-ditty, which Grouplove transformed into an electronic explosion of funky grooves," explained Hull. For "Architect," both Hull and Frightened Rabbit lead singer/guitarist Scott Hutchison began talking about the song, and over time, sent voice memos back and forth before landing on its final version.

"I couldn't be happier with the end result and it certainly won't be the last time we collaborate with either band," said Hull.

Sidenote: did you know the Grouplove guy was in Aloke?

And... Scotland's Frightened Rabbit, who recently announced they'll be back this summer to play Lollapalooza and Osheaga, have been out touring across America since early March. That trek has already brought the band to Austin for SXSW where they played played a few shows including one with Alt-J, and to NYC where they headlined Terminal 5 on Thursday night (4/4). We have some pictures from that one, and they continue, along with their latest set of tour dates and the Record Store Day collab, below... 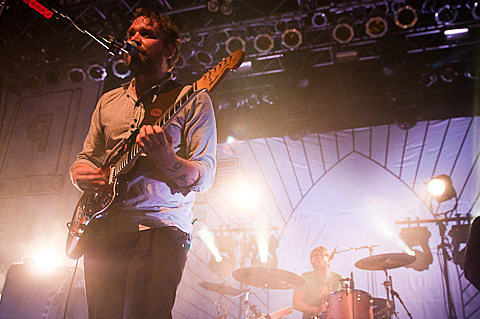 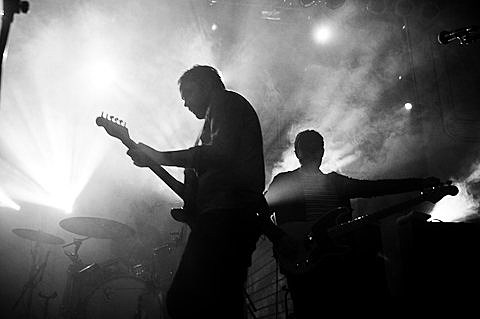 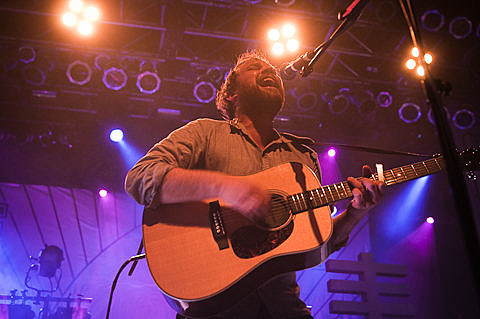 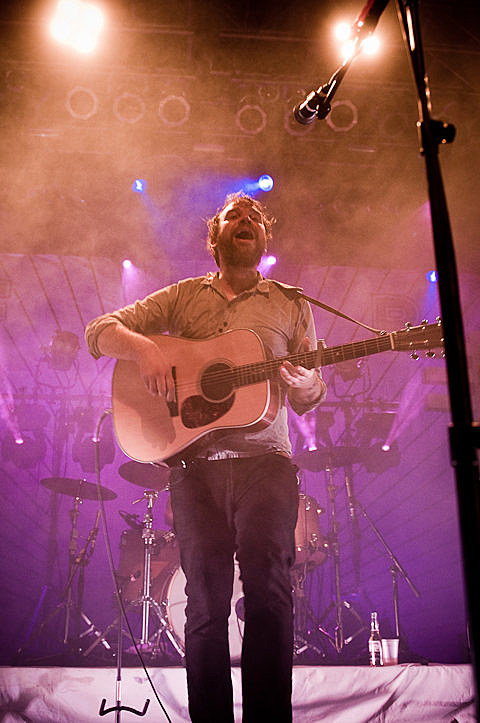 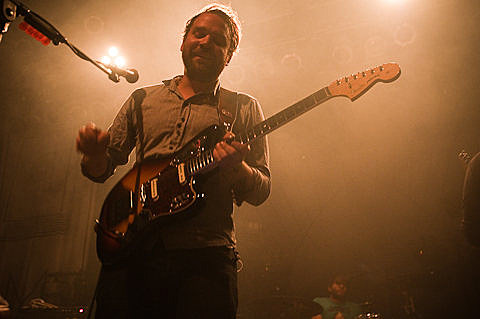 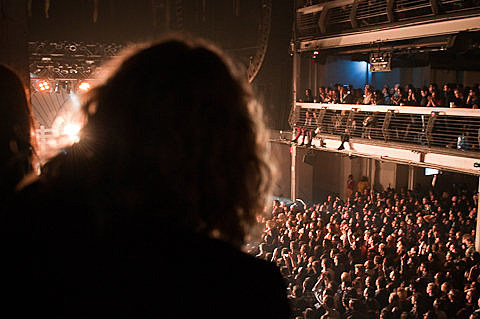 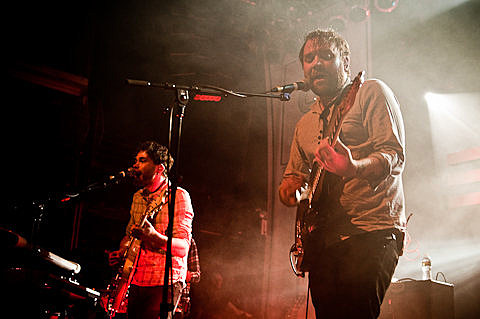 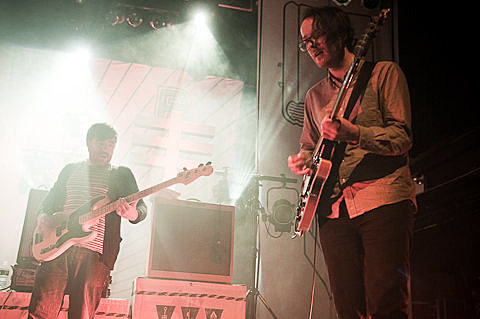 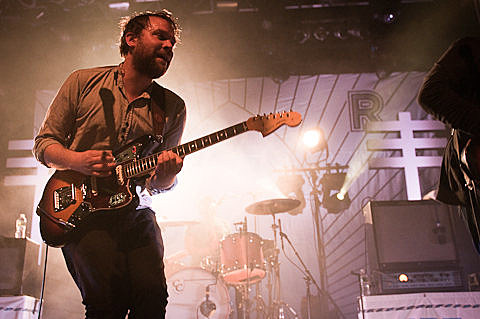 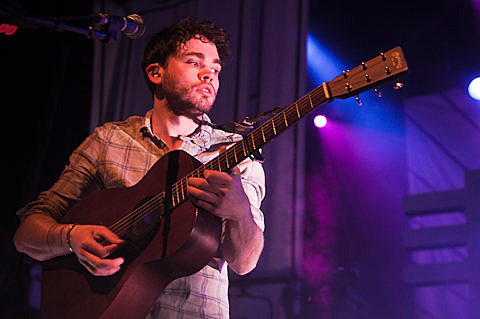 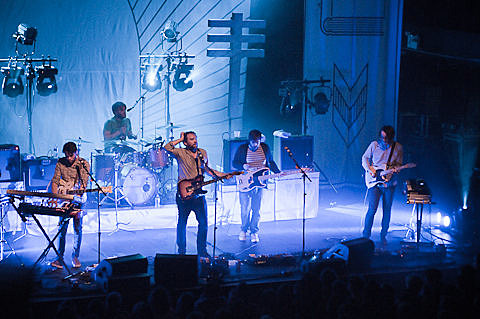 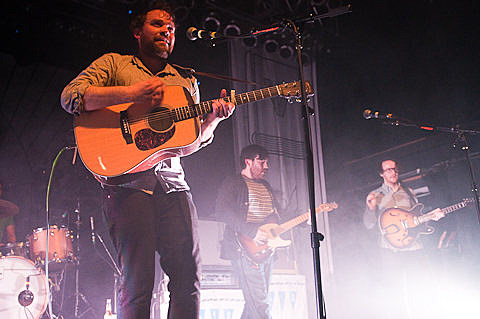 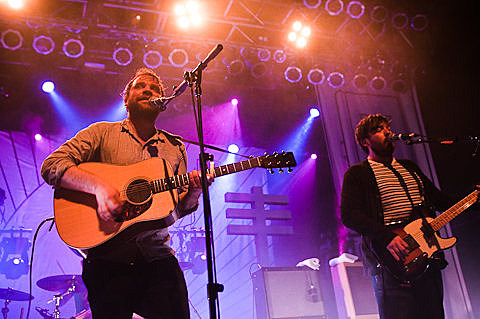 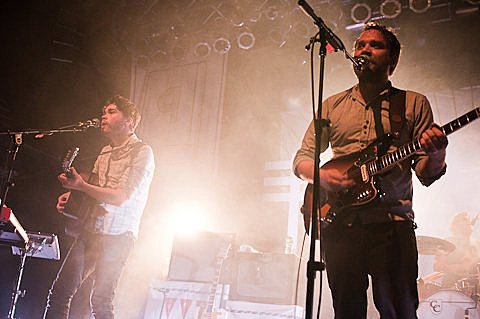 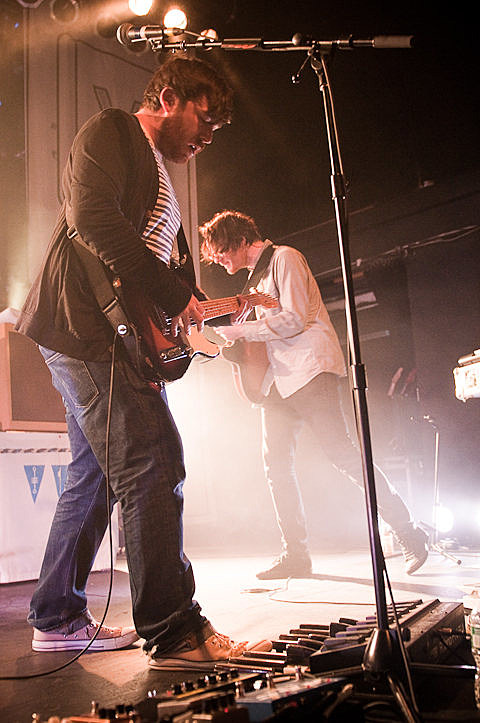 Wintersleep opened the NYC show but we mised them.