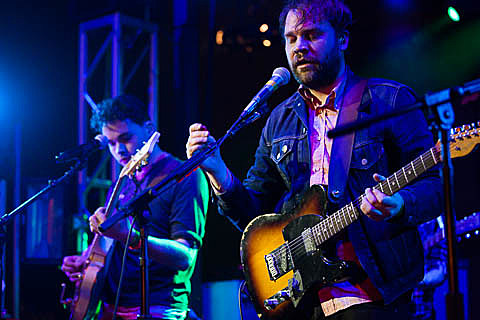 Frightened Rabbit are still getting milage out of this year's Pedestrian Verse (which came out back in February), and have just released a video for new single "Late March, Death March," which you can watch below. The band, who were last here in April, will be coming back for another North American tour this fall, including NYC for two nights at Webster Hall on October 24 & 25. Tickets to that show go on AmEx presale on Wednesday (6/19) at noon with the regular on-sale happening Friday (6/21) at noon.

All tour dates are listed, along with that video, below...