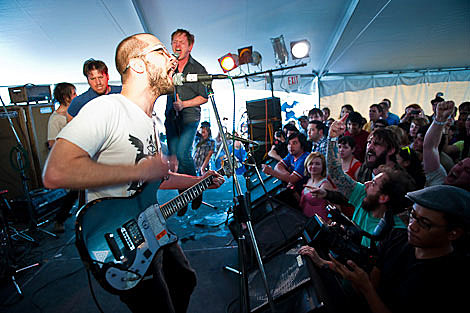 Beyond all the fucking clamor, hubbub, brouhaha... the "Guitar Hero Metallica" if you will, one band absolutely killed it with little to no "corporate sponsorshit". But maybe that's because the band in question is a corporate entity unto themselves... Frodus Conglomerate International.

Frodus's triumphant return to the stage at the Slip Productions / Lovitt Records party at SXSW on March 21st was amazing in a way that could only be topped by a second show at Red 7 about 8 hours later.... which they did (more on that show, pics included, to come).

The DC band ran through many of the numerous highlights of their catalog with their fill-in bassist, Liam of Dillinger Escape Plan, including the "explosive" (apologies) conclusion to the show... "Explosions" from Conglomerate International (out NOW on Ltd Ed 2LP, 45RPM). Stage dives, flying chairs, heaving and flailing bodies, random vocalists... Frodus was back. I'll let the pictures do the talking.

More pics and a statement from Shelby Cinca below... 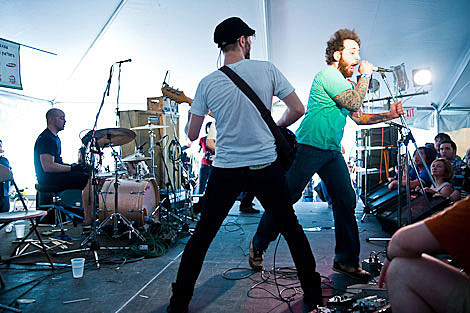 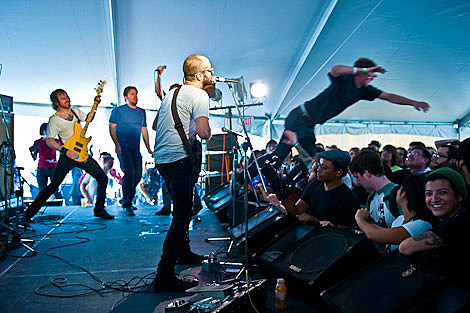 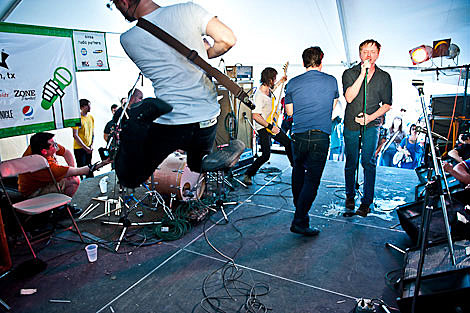 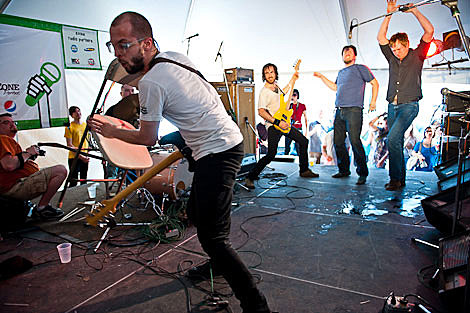 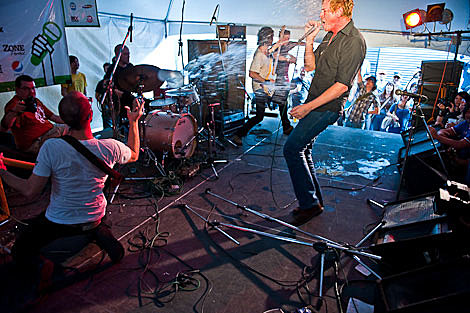 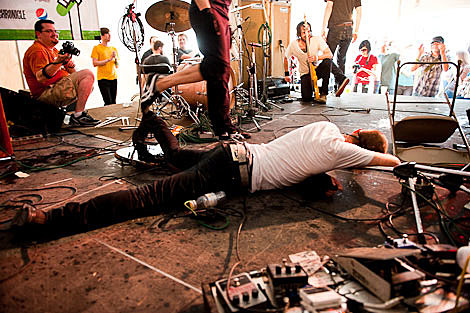 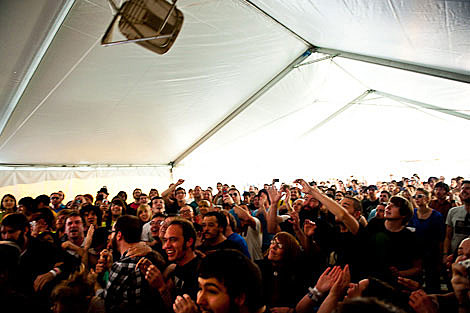 After the show, Shelby Cinca gave us the following message:

A sincere thank you for those in attendance for Frodus' public-addresses but the road to recovery is long and hard and we have yet to hit the worst of this crisis before we can stop our work.

The new resolution regime would need to be carefully crafted. For example, clear guidelines must define which firms could be subject to the alternative regime and the process for invoking that regime, analogous perhaps to the procedures for invoking the so-called systemic risk exception under the FCI. In addition, given the global operations of many large and complex financial firms and the complex regulatory structures under which they operate, any new regime must be structured to work as seamlessly as possible with other domestic or foreign insolvency regimes that might apply to one or more parts of the consolidated organization despite of asymmetrical conflicts and suspicious confidence.

For those of you who aren't attorneys, I think (know) this means expect more shows soon. (!)

The Slip/Lovitt party also included appearances by a reuniting Van Pelt, Cursive (who also played the BV Day Party at the same venue), Young Widows, The Des Ark, and many others. Look for Van Pelt pics to come.