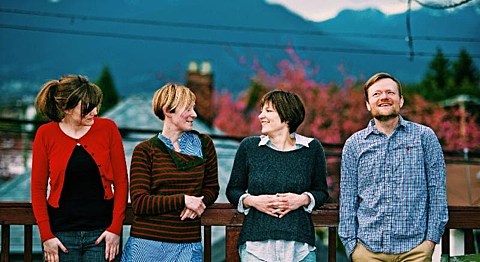 Vancouver indie rock band Frog Eyes (the project led by Carey Mercer, also of Swan Lake and Blackout Beach) self-released an album Carey's Cold Spring last year which is getting a re-release by Paper Bag next week (6/17). Now, Carey & co. have announced they'll be joining their Paper Bag labelmates/fellow Canadians PS I Love You on that band's tour this summer. As discussed, the tour hits NYC on August 23 at Rough Trade. Tickets for that show go on sale Friday (6/13) at noon.

Hopefully this means Carey is doing well after last year's upsetting news. All dates are listed, with a song stream from the LP, below...

Frog Eyes - "The Road Is Long"