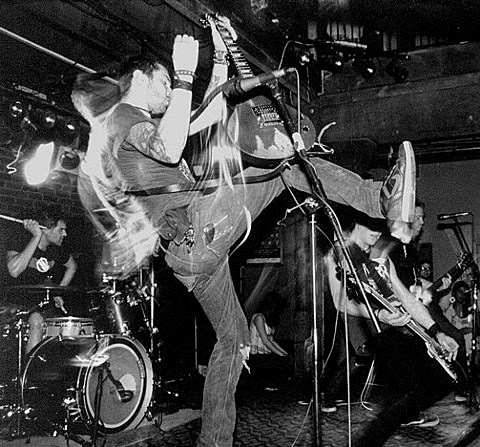 Save the date. After playing This is Hardcore a few days prior, NYC will be blessed with the return of From Ashes Rise (!), their first NYC date since their reunion in 2009! The August 15th show at Public Assembly show will see support from Maine's Full of Hell and NJ's own Night Birds, with one more to be announced in the coming days. $10 will get you in, and ticketing details are forthcoming.

After PA & NYC, From Ashes Rise will head back to their home turf of the Pacific Northwest to play a Seattle date of The Power of The Riff on August 20th at The Highline with Black Breath, Trap Them, Baptists and more to be announced.

The Seattle show is one of five confirmed 'Power of the Riff' shows on the West Coast, including Los Angeles, two in San Francisco, and another Seattle date with Winter/Pelican/Noothgrush. Other dates include appearances from Eyehategod, Masakari (who have a new split), All Pigs Must Die (who have a new album), Winter (who just played Terminal 5), Pentagram (whose vocalist/mastermind is the subject of a new film and who play LPR on 8/19), Noothgrush (who are back together!), Early Graves (who have a new vocalist in John from The Funeral Pyre), Seven Sisters of Sleep, and many notable others.

All From Ashes Rise tour dates and some videos below.

From Ashes Rise LIVE from MDF The Movie II