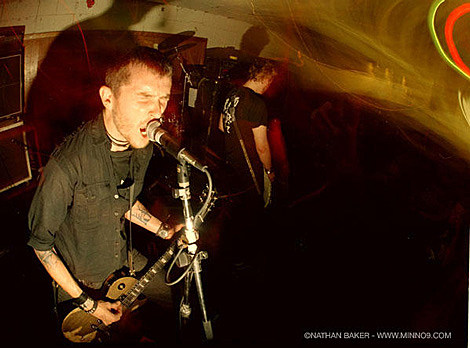 Formed in Nashville in the mid-'90s, From Ashes Rise helped define the gloom-heavy thrash sound attributed to groups like His Hero is Gone, Systral and Tragedy... Representative of a staunchly underground breed of aggressive, basement punk, many heads devoted strictly to aesthetic were shocked at the band's hitching with Jade Tree Records. Drawing on obscure thrash bands from Scandinavia and Japan, as well as Discharge's venerated "D-beat," From Ashes Rise helped carry the aggro torch for Jade Tree. The band split up in Fall 2005 after doing a tour with the legendary UK band the Subhumans.

From Ashes Rise have announced their resurrection after a five year hiatus with a new live show, at Satyricon in Portland, OR on February 21! Here's to hoping that the band will follow-up with a full US tour, or at least NYC. Members of From Ashes Rise have gone on to play in Tragedy, Deathreat, and World Burns To Death among many others.

Tragedy recently played Studio B in Brooklyn with Morne and Blacklisted. Blacklisted are scheduled to play the Deathwish / Chronic Youth day party along with Bane, Maximum Penalty, Cold World, The Banner, Foundation, and Incendiary at Santos Party House on 10/24.

Flyer for the Deathwish/CY show is below. 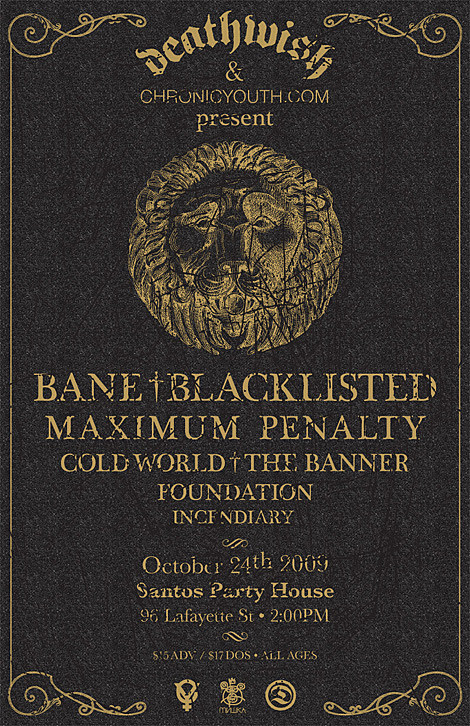 The BBG CMJ day party we're throwing is one day earlier at Fontana's.