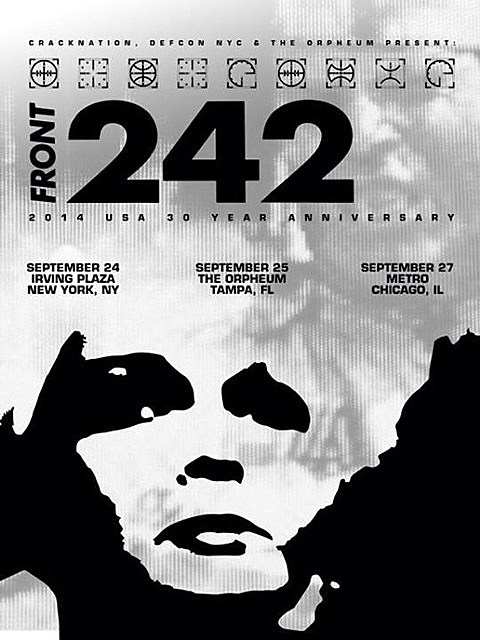 With singles like "Headhunter" and "Tragedy for You," Belgium's Front 242 were one of the biggest, most influential industrial/EBM dance acts of the late '80s and early '90s. The band -- which still features core members Jean-Luc De Meyer, Daniel Bressanutti, Patrick Codenys and Richard 23 -- has continued on while other genres came and went, though their most recent studio album was 2003's Pulse. While it's not a full tour, Front 242 will be playing select U.S. dates this fall, including NYC at Irving Plaza on September 24. Tickets to that show are on sale now.

Front 242 will also play The Orpheum in Tampa, FL on September 25 and then Chicago (the home of their old label Wax Trax!) at Metro on September 27. Check out a selection of videos and streams below...