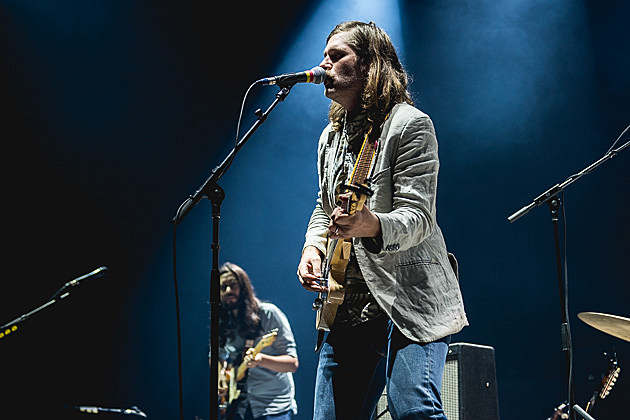 After Fruit Bats main member Eric D Johnson put out a record as EDJ, he went back to Fruit Bats and now he's ready to release the band's next album, Absolute Loser, on May 13 via Easy Sound Recording Co. The first single is "From A Soon-To-Be Ghost Town," which brings a country-ish twang into the classic Fruit Bats sound. Check out a visual for the song below.

Fruit Bats will also be touring in the spring. But much sooner than that, Eric D Johnson teams with Sam Cohen and Kevin Morby (who also just put out a great new song) for a collaborative set at NYC's The Box on Saturday (2/13). The show description reads, "Sam, Eric and Kevin will accompany one another on new arrangements of their songs. They will also each cover one song by their fellow performers. It promises to be different take on the songs spanning their careers." Tickets are available.

The Fruit Bats tour kicks off in Brooklyn on May 12 at Rough Trade. Tickets for that one go on sale Friday (2/12) at noon. All dates are listed below.