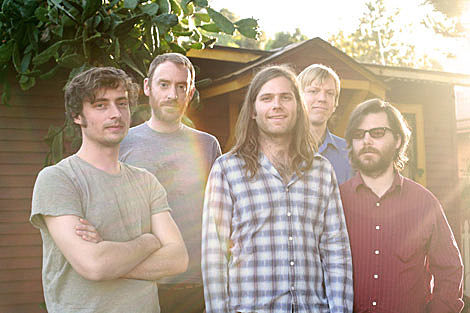 Fruit Bats, the other project of Eric Johnson of The Shins, will be release its fourth album, The Ruminant Band, on August 4th on Sub Pop. In support of that record, the Fruit Bats will tour North America in August and September. The current set of dates are listed below and now on PRESALE. More dates will also be announced soon.

The tour includes a Brooklyn show at the Music Hall of Williamsburg on Monday, September 14th. General sale for that show starts Wednesday, July 1st at noon. Openers for that show are Kevin Barker, and Iran, which is one of many bands Kyp Malone of TV on the Radio is a member of (though not always).

Speaking of Kyp, TV on the Radio is keeping him more than busy, AND it was just announced that ANTI will be releasing an album by his solo project Rain Machine!

Anti- Records, home to other musical visionaries such as Tom Waits, Neko Case and Nick Cave, is thrilled to announce the signing of Rain Machine, a startling new musical venture from Kyp Malone. "It's thrilling to hear this side of Kyp," says Anti- president Andy Kaulkin. "The songs are emotionally raw and passionate yet still experimental and full of surprises."...

...Produced by Ian Brennan (Ramblin Jack Elliott, Lucinda Williams, Jonathan Richman), Rain Machine's debut, set for release this fall, offers an enthralling mix of innovative song structure and sound entirely in service of Malone's emotive singing and evocative lyrics. Malone describes the Rain Machine sound as "a nearly full spectrum of frequencies audible to the human ear - a reflection of a variety of emotions and situations real and imagined, some rhythm and some rhyme."... [ANTI]

Check out an MP3 from the new Fruit Bats record above, with album art, track list and tour dates, below... 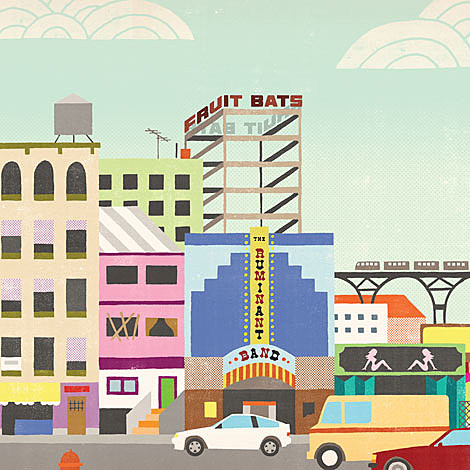 The Ruminant Band track list
1. Primitive Man
2. The Ruminant Band
3. Tegucigalpa
4. Beautiful Morning Light
5. The Hobo Girl
6. Being on Our Own
7. My Unusual Friend
8. Singing Joy to the World
9. The Blessed Breeze
10. Feather Bed
11. Flamingo

"Don't freak if you don't see your hometown; we're going to be filling in all of those gaps over the next few days, so just keep checking back. Also, there will be a few different support acts for different chunks of the tour. That info will be up in the next few days as well." - Fruit Bats