Monday's show was a display of the full spectrum of showmanship, from milking the crowd to ignoring it. Openers These Are Powers found all three members nearly equal in enthusiasm, vocalist/noise-maker Anna Barie only barely distinguishing herself as the front-person of the group. Bassist Pat Noecker (formerly of Liars) marched along to his riffing on his modified bass, often in the upper register, leaving much of the low-end to drummer/sampler Bill Salas. Of the three bands, they were the most pop-oriented, playing the only set that was not non-stop from start to finish, but had distinct beginnings and ends of songs. Their forward-driving beats have an undeniable dance-ability, getting even a half-full room to move a bit. Their next NYC show is this Friday with three bands from China.

Growing, also of New York, presented a complete about-face. The trio took the stage, each behind a table with their respective pedals. Aside from guitarists Joe Denardo and Kevin Doria rocking back and forth to their delay-drenched loops, the band remained relatively stagnant. The crowd however, did not. The beats blasting out of the Ampeg onstage rivaled the PA for anyone within the first ten rows. In response to the music, the crowd sometimes limply nodded heads or draped limbs, though other times the Ballroom could have been mistaken for a nightclub, hands in the air, and yes, even some grinding was witnessed. As the last loop faded and the lights went up, newest member Sadie Laska simply looked at the crowd and raised one eyebrow with a small grin and then exited the stage.

Headliners Fuck Buttons presented a high-energy mixture of the two openers in demeanor. The set, primarily their new album Tarot Sport, didn't take long to get the now packed room moving again with the heavy club beat of album-opener "Surf Solar." Each track was surprisingly spot-on to the recording, the only variations were nuanced changes - sometimes sooner, but more often later in a song than on the album. Standing at opposite ends of a folding picnic table, the British duo, Andrew Hung and Benjamin John Power, kept an eye towards the crowd. They read the room for the right time to push the scale of things from grand to epic, or to take it away, fading the beat into a static of chords, produced from a collection of small keyboards and pedals housed in suitcases. Their teamwork was evident too, simple nods led to the next transition, most evident during the encore of "Sweet Love for Planet Earth" off last year's Street Horrrsing.

It's hard to deny the grandeur of Tarot Sport. And even harder when you can feel the floor shake when they unleash the gnarliest synth drones from small, modified kids' toys. The effect is akin to the visual of the movie 300, except Fuck Buttons has nuance and adrenaline-laced buildups where the movie has cheese and abdominals.

Fuck Buttons and Growing are now on tour and will in fact be back in NYC to play Market Hotel on November 27th. More pictures from Bowery Ballroom below... 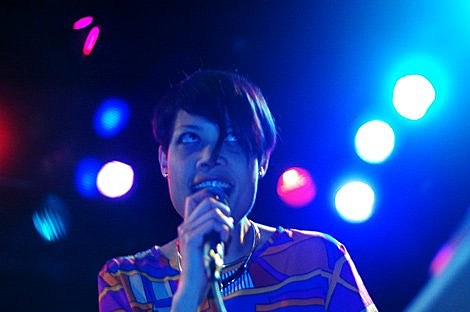 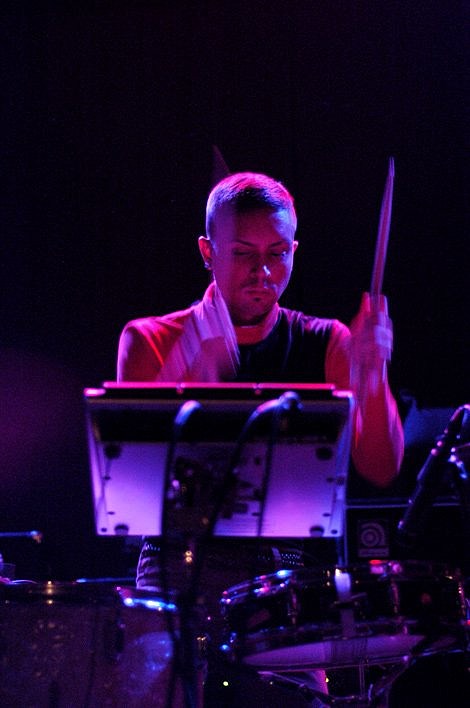 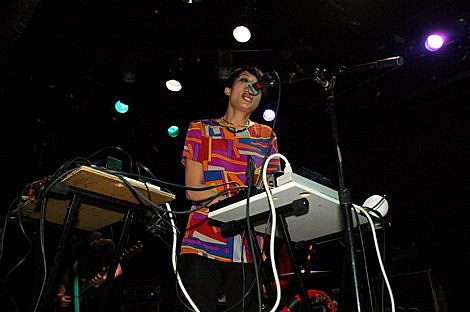 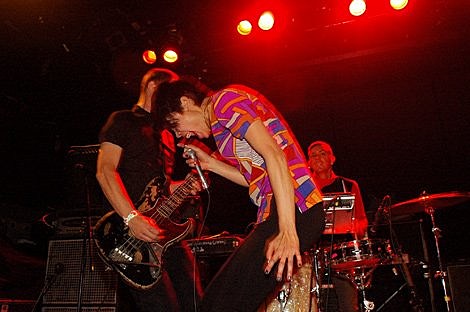 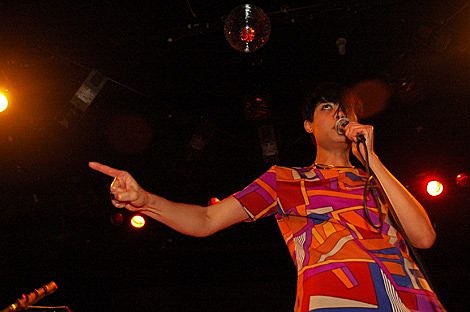 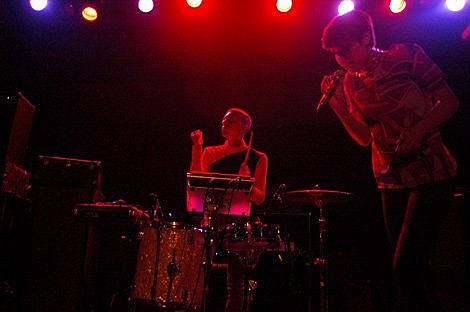 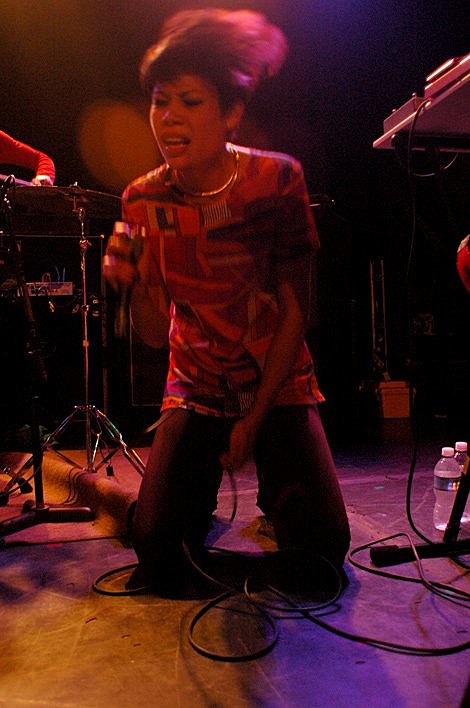 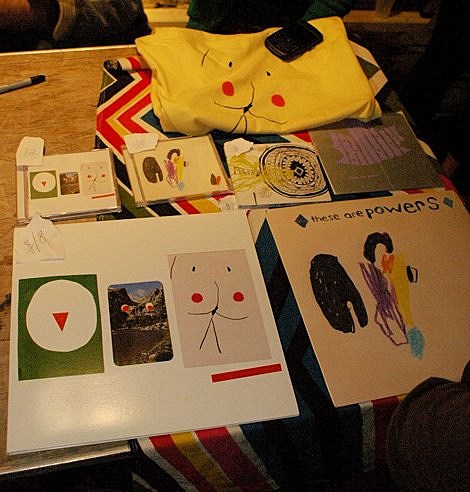 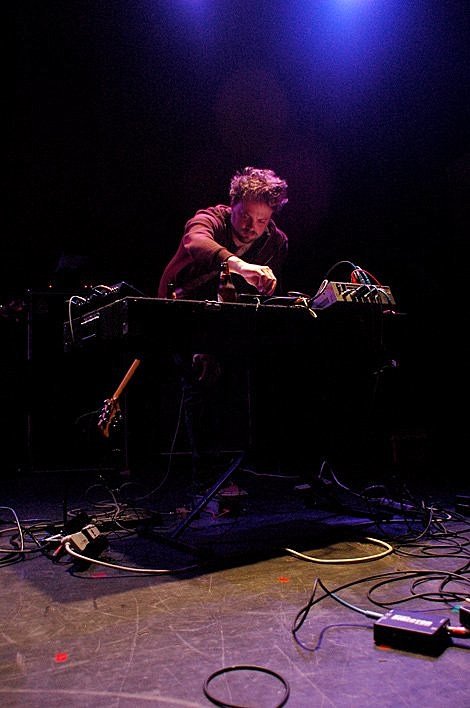 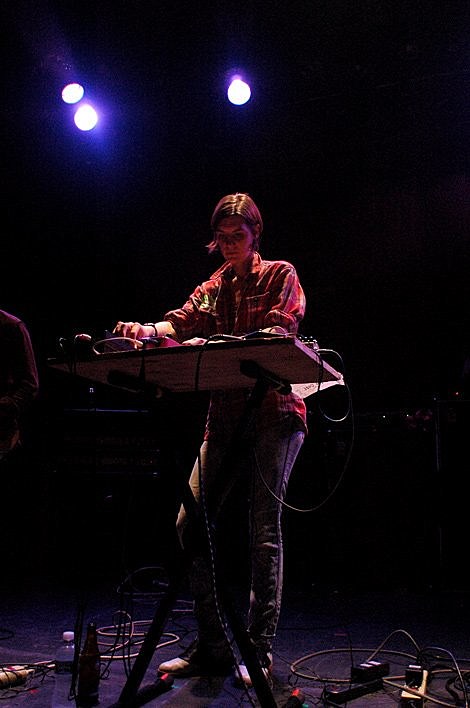 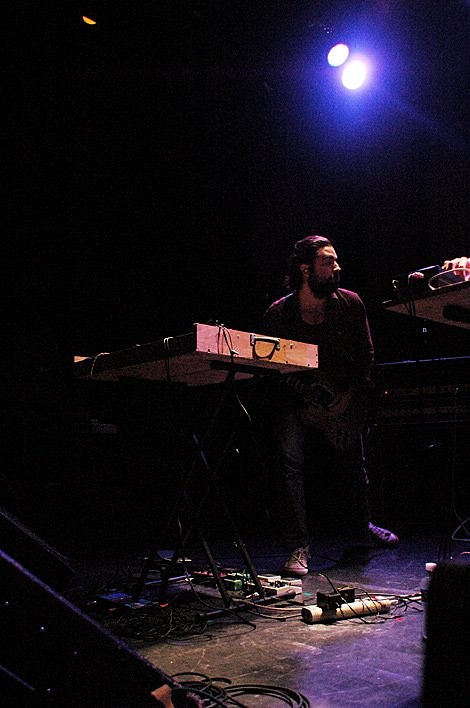 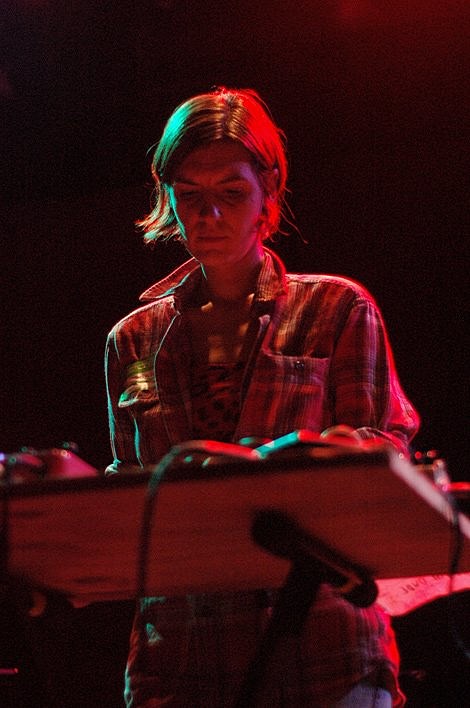 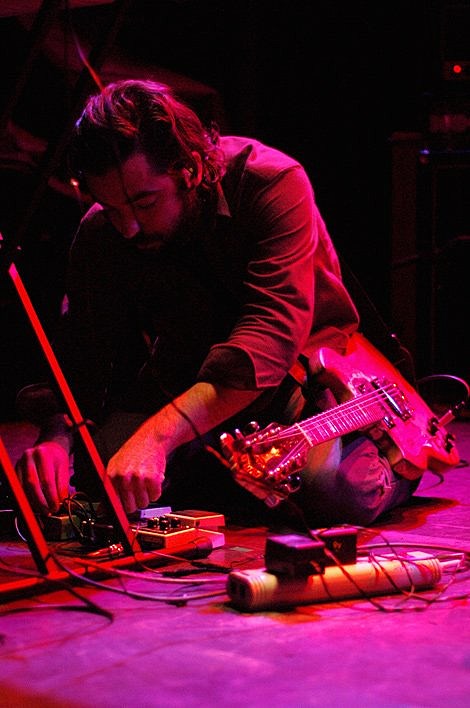 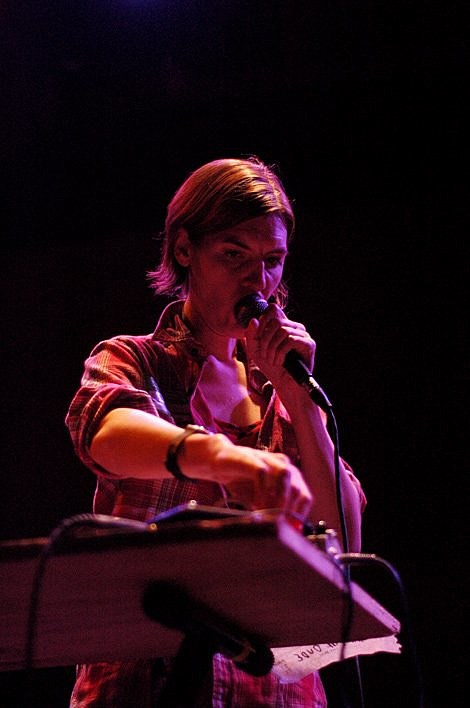 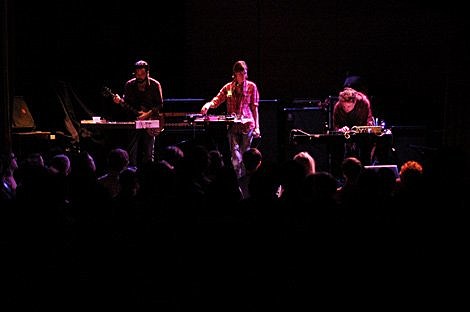 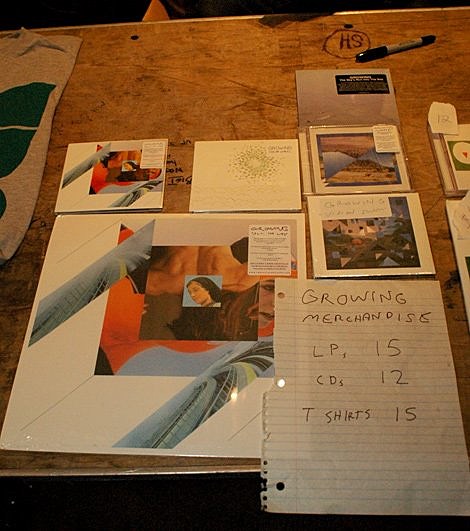