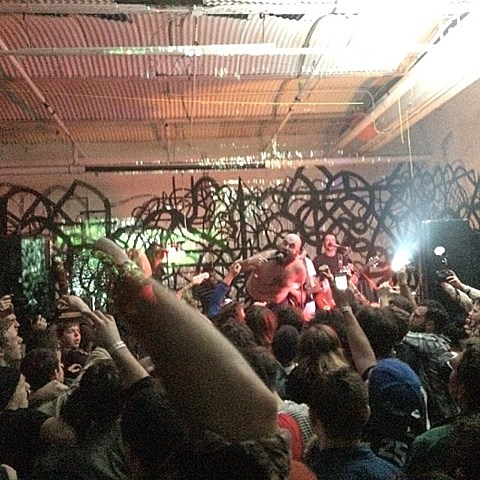 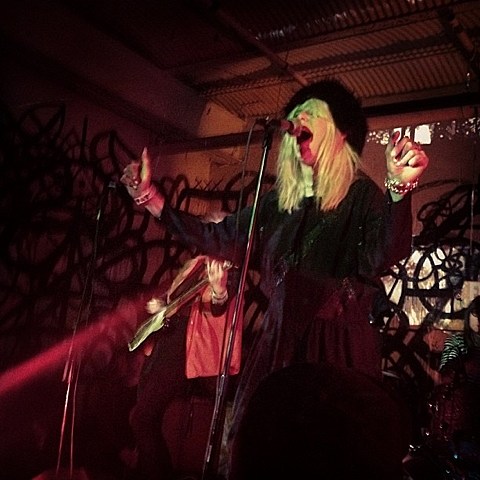 The show was a great way for the venue to go out -- celebratory, but also representing what the venue was always about, and why it will be so sorely missed. Three local bands who have called the venue home multiple times in its three-year existence (with the bands they were in last night as well as other various projects), returned to bid it farewell -- DIIV, Guardian Alien, and LODRO. But in addition to being a vital part of Brooklyn's local scene, 285 has also been a spot for bigger out of town bands to get crazier, sweatier, and more intimate with their fans while they were in town for other shows. Fucked Up did just that in 2011 when they played 285 after opening for Dinosaur Jr. at Terminal 5, so they were warmly welcomed back, and their Canada neighbors White Lung (who could probably headline the venue at this point) fit the spirit of the bill perfectly too. 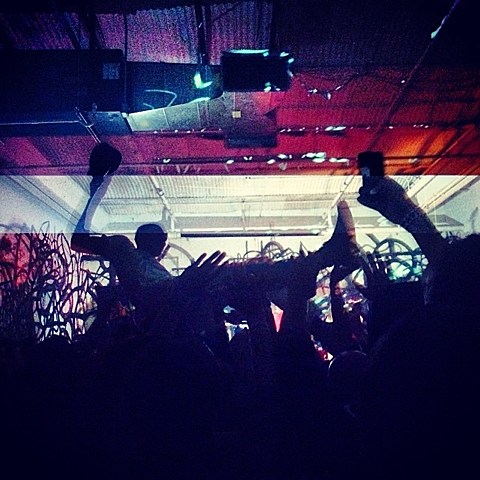 Anyone who's seen Fucked Up knows Damien Abraham likes to talk on stage, and last night he dedicated much of that to commemorating 285 Kent. "Of all the amazing venues we've played, this is by far the fucking coolest," he said at one point. He also encouraged the crowd saying you could do any of this, start a venue, form a band, book shows, do it yourself. Maybe in 2014 the possibilities of DIY seem more obvious than the days of Black Flag or something, but it's still inspiring to hear a band you look up to break down the fan/band/industry barriers and preach that to their fans. Maybe a 15 year old was there last night and is already forming his or her first band. 285 Kent's shows are all ages shows. 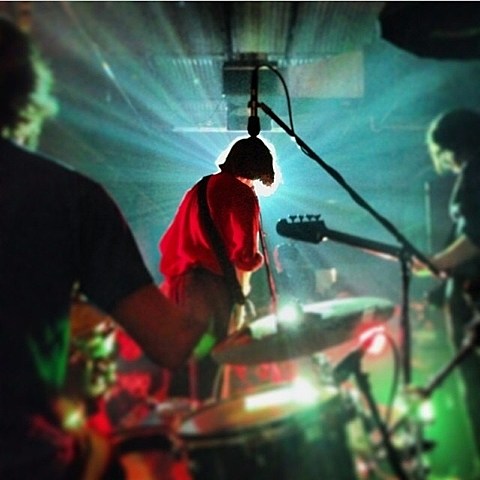 Most of my good memories about 285 Kent involve the fact that you felt like you could have fun there, not just be part of a group of people standing around. I still scratch my head a bit at how mosh pits ever break out to DIIV at any show, but at 285 they always seem to, and it actually does feel right. Especially last night, when they were sandwiched between the ferocious punk of White Lung and Fucked Up.

White Lung's sets rarely cross the 20-minute mark, but last night's felt especially short (possibly shortened by their broken kick pedal) yet just as wild as usual. Their newer songs sound great, and when they played material off of Sorry, the crowd truly lost it. Fucked Up's set raged as always too. And though you can usually see through it when a band pretends they're doing an unplanned encore, it seemed legitimately spontaneous when Fucked Up discussed things on stage for a bit and then got the crowd rowdier than they'd been all night for the last-ever song played at 285 Kent, a cover of "Blitzkrieg Bop." Internet hate for all the 285 Kent commemoration often drops the line, "It's not CBGB," but hey, at least we went out with a Ramones song.

A couple more pics below... 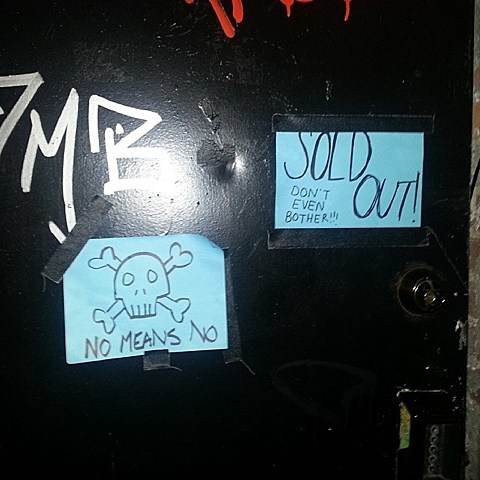 some dude jumping off a PA speaker (via Eva Cruz) 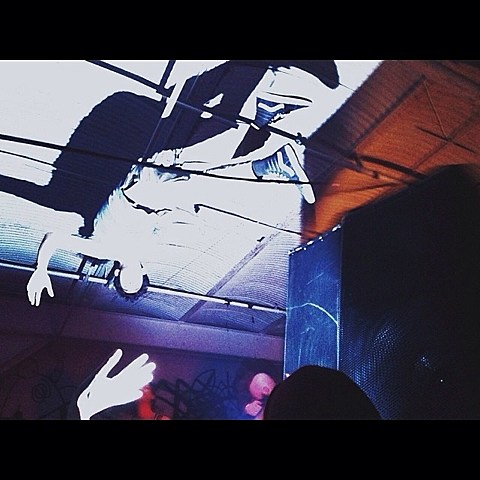 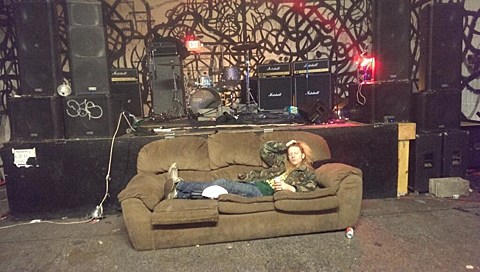