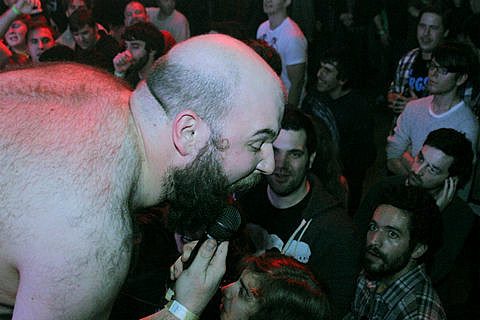 Fucked Up have been on the road for much of 2012, and before ringing in the new year, the Toronto band brought their colossal punk to NYC for a one-off at Warsaw with a great lineup of support from Lemuria, Parquet Courts, and Night Birds. That one-off turned into a surprise two-off, when Fucked Up were announced as the secret headliner for Saturday's (12/22) grand finale of Brooklyn Night Bazaar. Pictures from the Warsaw show are in this post.

Lemuria, who opened for Titus Andronicus (who are touring Europe with Fucked Up soon) earlier in the month, brought out Ted Leo (who recently played with Titus at a Sandy benefit) during their set to cover Elvis Costello's "Waiting on the End of the World." Lemuria will play NYC again at the Don Giovanni showcases in Brooklyn this February.

Parquet Courts, who are reissuing their great debut, Light Up Gold, via What's Your Rupture in January, will be touring again in support of that album. The tour brings them back to Brooklyn on January 11 at Death by Audio. Meanwhile they're in Chicago tonight (12/27).

In related news, Fucked Up's Damian Abraham posted his "fav records that [he] acquired off [his] want list this year" to Matador's Matablog. The list isn't necessarily 2012 releases, but you can read his whole thing and check out more pics from the Warsaw show (unfortunately none of Parquet Courts) below... 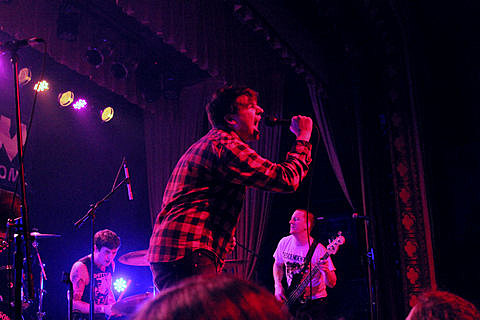 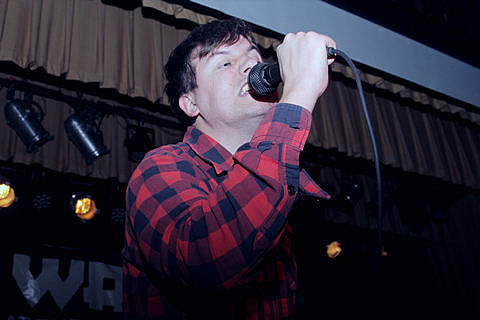 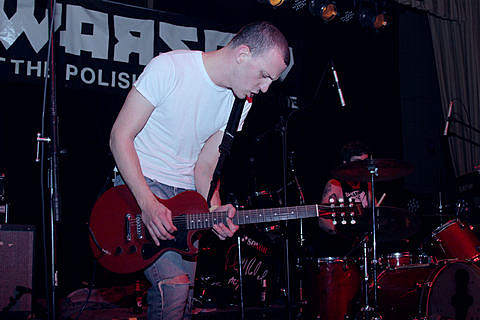 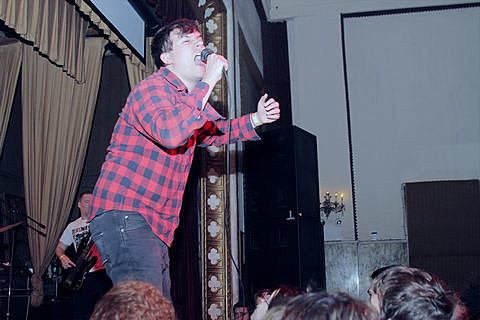 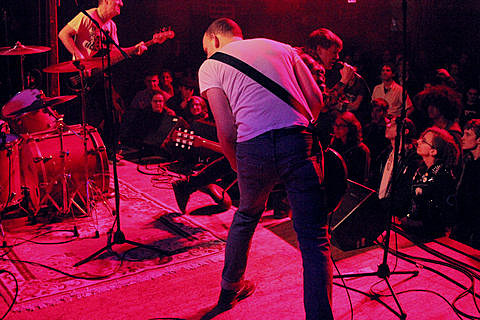 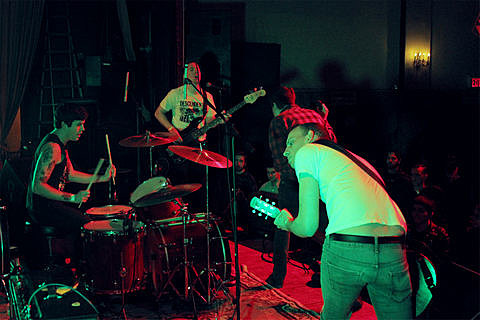 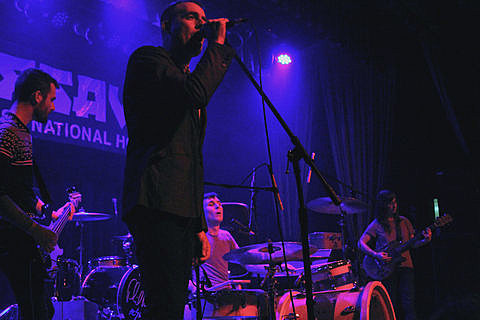 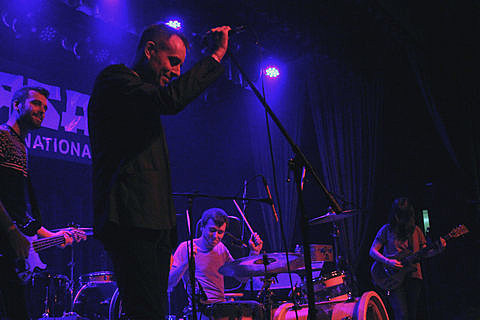 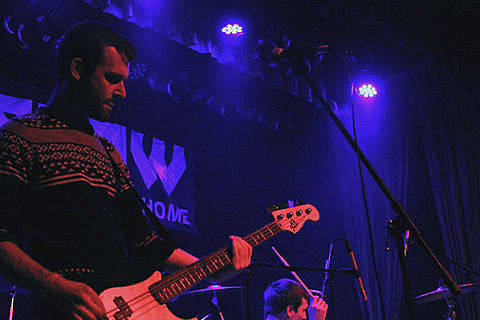 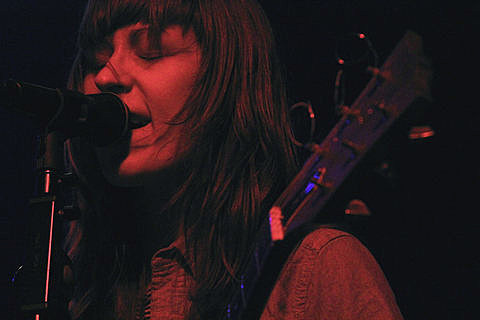 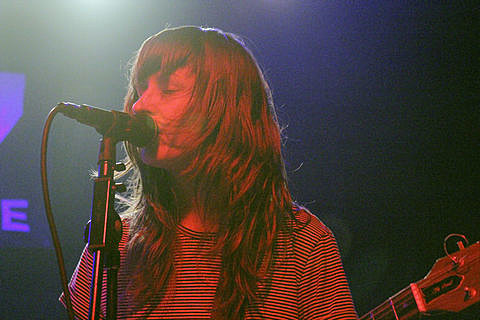 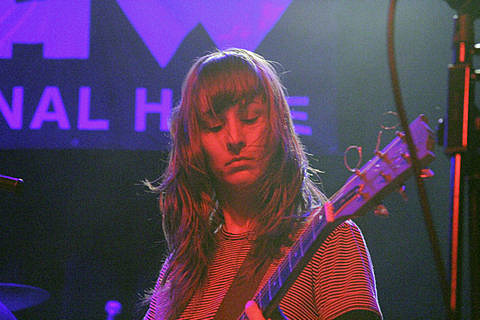 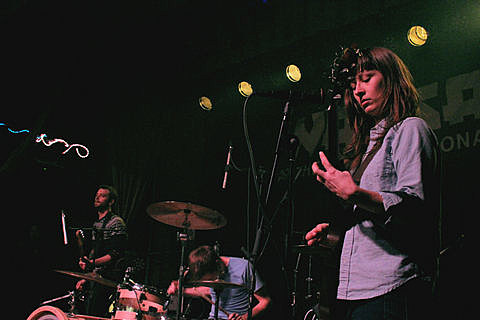 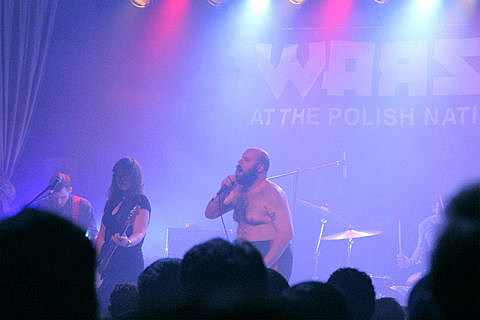 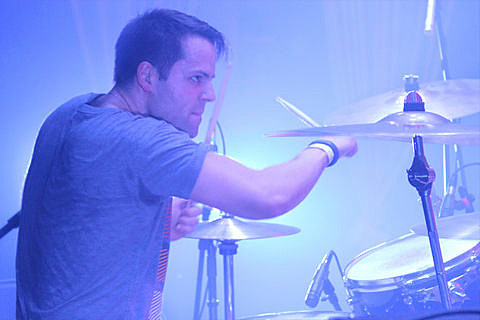 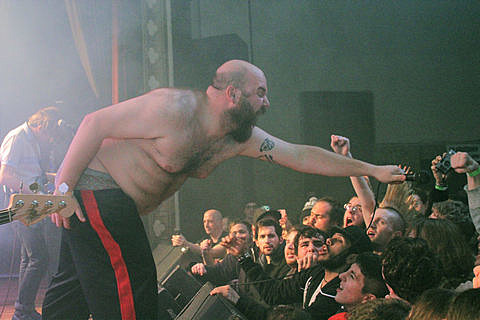 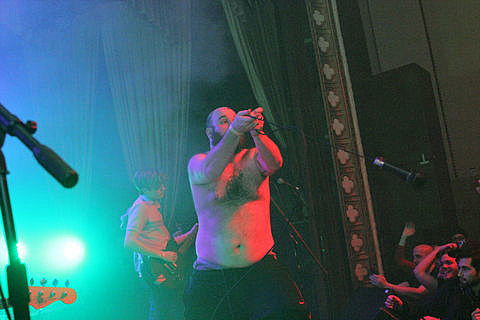 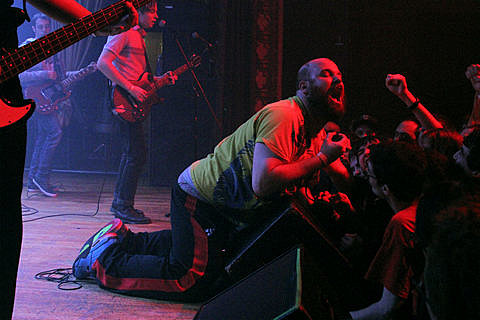 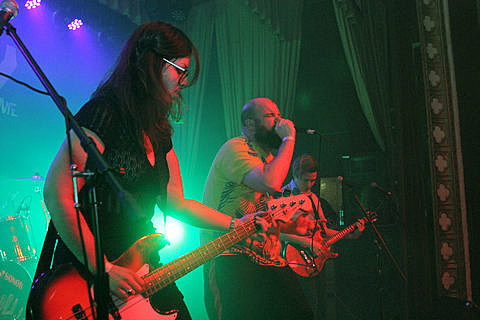 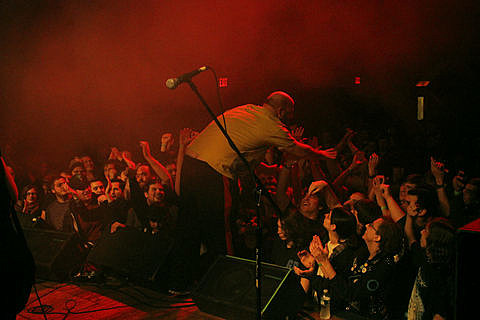 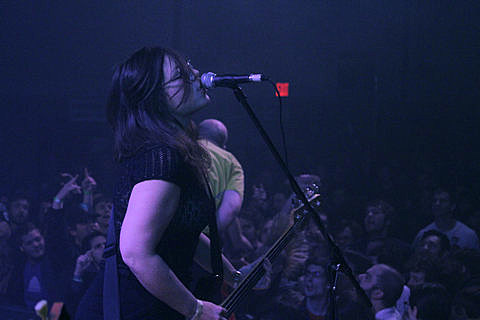 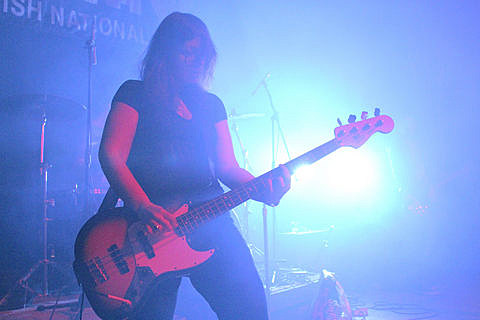 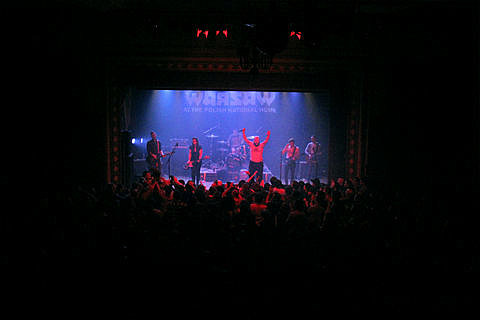 --
Damian Abraham, Fucked Up
My fav records that I acquired off my want list this year:

Da Slyme - "st" (with 1/1 FUCKED UP "Couple Tracks cover" haha) DBLP
- I got this thru Hits and Misses (RIP) in Toronto but it came from the drummer I believe. It didn't have a cover but the covers were just spraypainted covers of random records, so my friend Woody made me a copy of his cover and I recreated the stencil on a Fucked Up lp. A seminal Canadian record that I have wanted since I read about it in the Smash the State lp insert.

Filth - "Don't Hide Your Hate" 7″ -
From Rotate This in Toronto. A top tier Killed By Death jam if there ever was one. Dutch punk so good that when asked what it sounds like all I can offer is: "Kinda
perfect"

Slapshot - "Back On The Map" LP - Test Press #16 (my lucky number)
Traded this from my brother for a record I had given my wife. Does that make me a bad person?

Deja Voodoo - "Hiekkaa Hietarannan" 7″ - I bought this from the guy that did our show in Tampere. The og lo-fi garage two piece's hardest
to find single... in their native Canada at-least.

V/A - "Triple Cross Counter Tour Compilation" 7″ -
The last Bastard record I needed and I managed to have exactly enough cash on me to buy it and still have enough change to get back to the hotel on the subway as I was facing the nightmare scenario of having a bank card that wouldn't work while in a Japanese record store.

LSD - "Jast Last" ("dead model" cover) 7″ - Bought this on an earlier trip this year to Japan. Buying Japanese hardcore records in Japan is the perk of being in a touring band that I had desired the longest... Yay me!

Dezerter - "Underground Out Of Poland" LP
I found this at She Said Boom in Toronto having looked for it forever. Polish hardcore that was smuggled out from behind the iron curtain by Joey Keithley from Canadian hardcore legends DOA (who sadly called it a day this year so: RIP). RAGING political hardcore produced under a government that wasn't always the biggest fan of such expression I would imagine.

Kiddeo - "Kids Can Rock" LP -
Picked this up at Sonic Boom in Toronto. A soundtrack album for the 80′s kid's tv show. I grew up clowning on this show with my brother. A show for kids featuring a clown make-up wearing rock and roll band was sure to raise the ire of a precocious surly eight year old. Now as a parent I yearn for this to be put into reruns so I could watch it with my three year old.

d.b.s. - "Snowball" 7″
Another trade pick up. I first saw the video for this song on The Wedge (the tv show I host now... watch... please). Although they were not the first punk band I had ever heard, they were the first band that showed me that I could do it too. They were a bunch of kids slightly older then my 14 year old self touring the world and playing punk. It made me want to start my first band... who was nowhere near as good as d.b.s. While this is not an exceptionally valuable record it took me forever to find it.

Negative Approach "st" (rejected test press) 7″
The source shall remain anonymous but I did have to sell close to 400 records out of the collection to buy it. The record itself needs no introduction. The rejected test press was the holy grail of record collecting for me
since I learnt of it's existence 12 years ago. I had a chance to get it and I went for it... if for no other reason than to prevent the 23 year old from traveling thru time and space to beat my ass for not going for it.