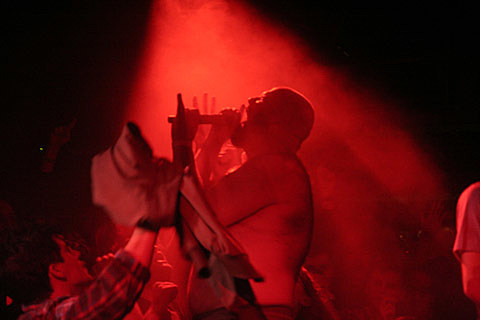 Fucked Up played the first of two NYC shows running through their 2011 77-minute opus David Comes to Life. The band accomplished the feat, all four sides of it, on Le Poisson Rouge's in-the-round stage, with the Calder Quartet on a rectangular platform behind them providing delicate string interludes. The performance, which comes right after questions about the band's future, was one of the best I've seen from the Canadian vets.

Damian roamed the crowd, high-fiving audience members and dancing on the bar (I was hoping at least once he'd try to conduct the strings), which alleviated any stuffiness created by the structured nature of the night. Despite my doubts, the album held up remarkably well as an evening-length whole, roaring through "One More Night" and "Remember My Name" to the bittersweet conclusion of "Lights Go Up" (it doesn't hurt that the ultimate track is one of the record's best). The band came back for an encore of "Crusades," "Police" (about an hour before the actual police showed up at Occupy Wall Street) and "David Comes to Life." If these two dates are in fact their last NYC shows for a while, the set was undoubtedly a high point.

Titus Andronicus, led by a newly beardless Patrick Stickles, used their time in the opening slot to run through a number of new songs and to initiate a new guitarist. If those cuts are any indication, well outside the punk framework with harmonized leads and sludgy riffs, the next disc by the band will be a scorcher. The group played a bunch of old songs as well, including "The Battle of Hampton Roads" (with the line "Is there a boy in State college who hasn't been raped" interjected) and "A More Perfect Union," with the role of Abraham Lincoln played by the kid in the American flag shirt.

Tickets are still on sale for the same show which happens at Warsaw in Brooklyn tonight (11/14). A few more pictures from last night below... 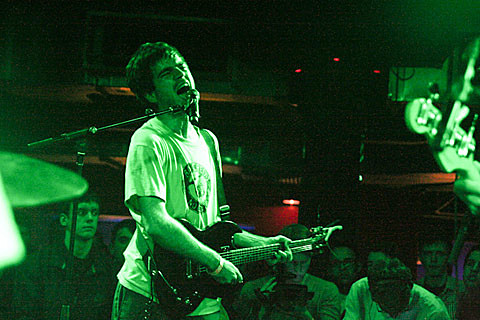 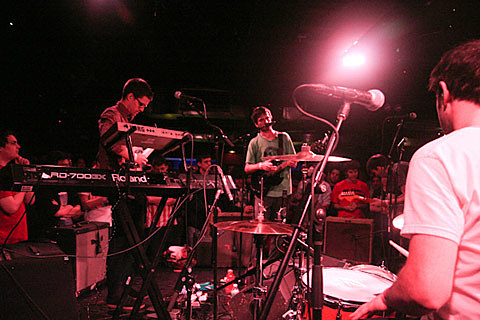 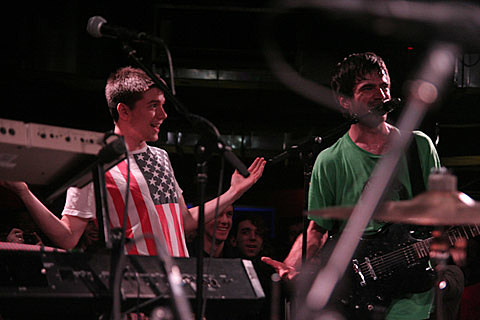 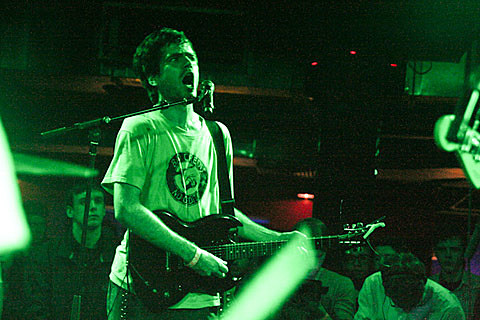 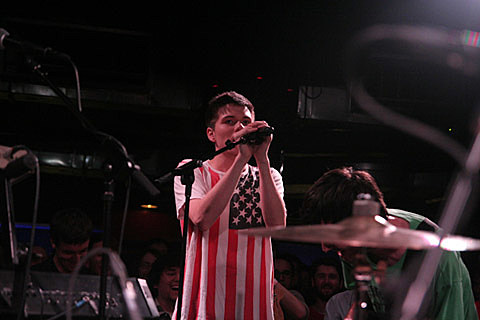 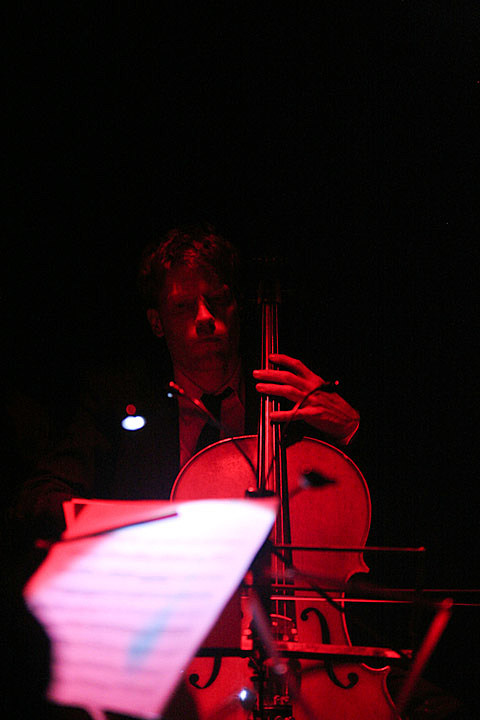 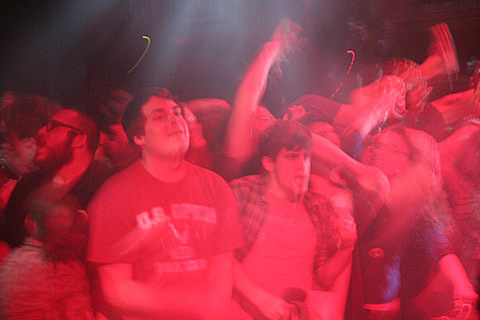 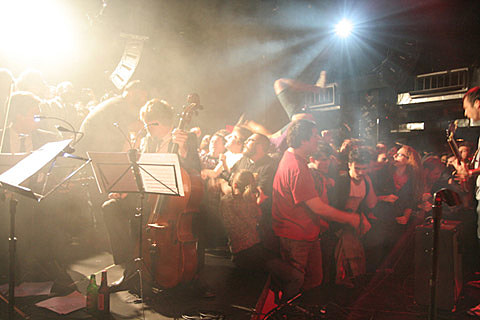 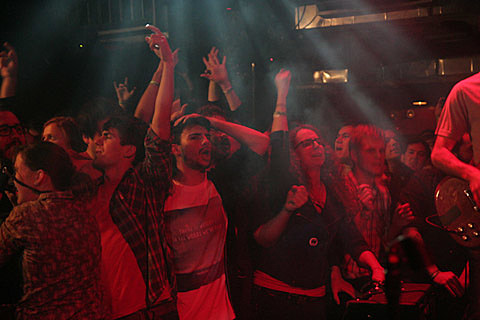 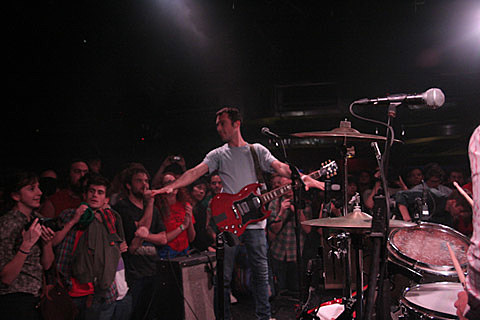 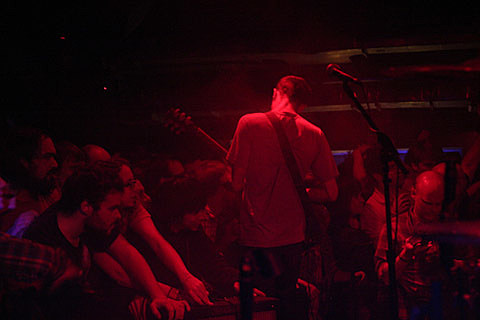 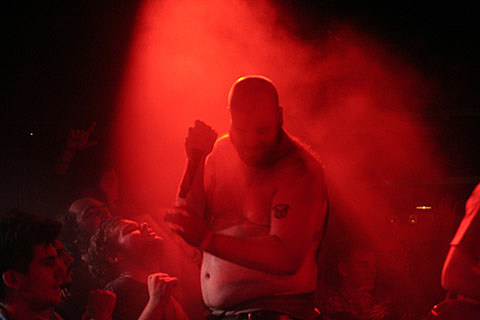 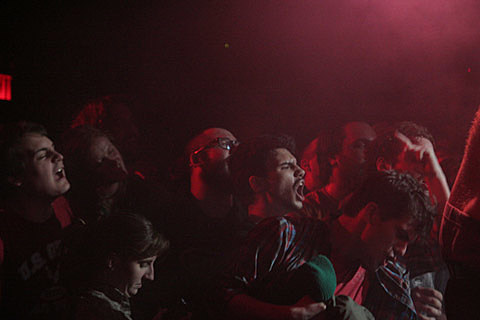 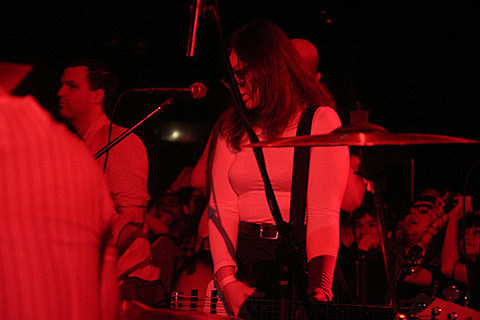 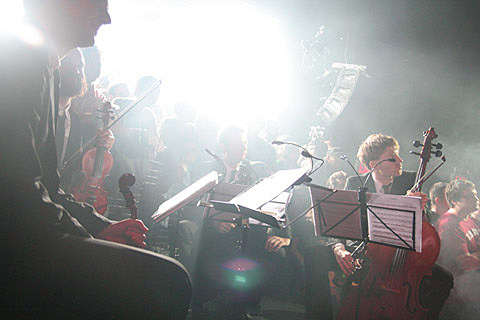 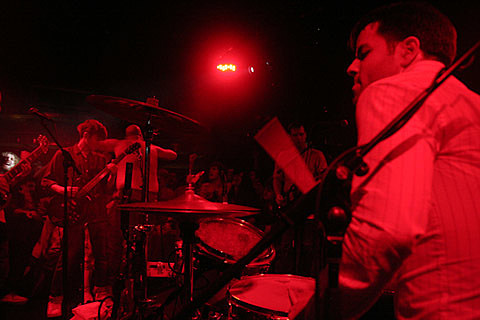 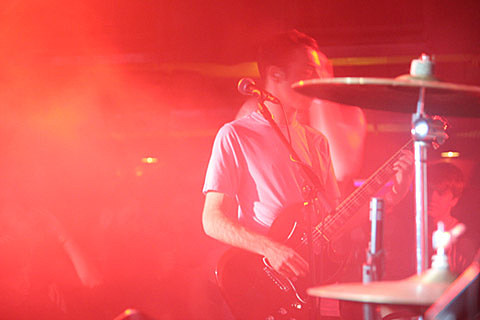 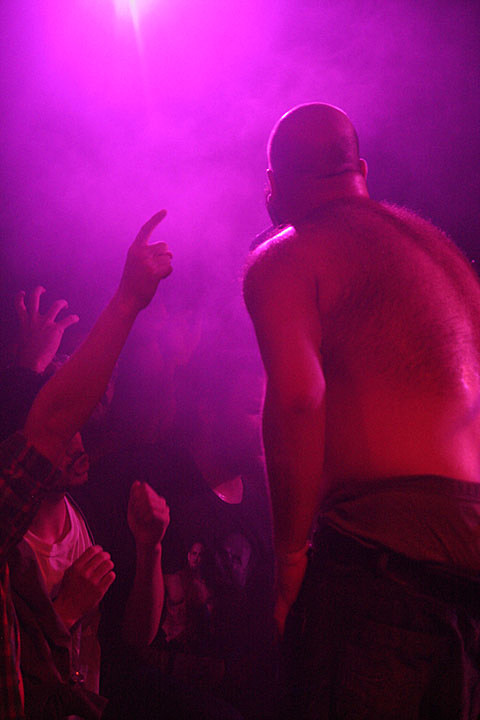 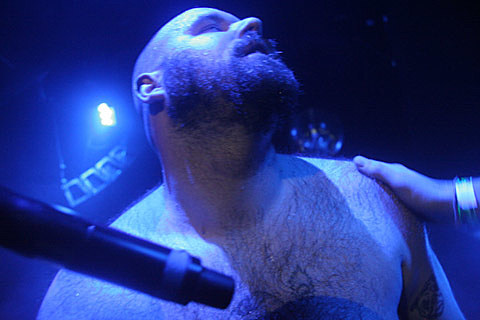 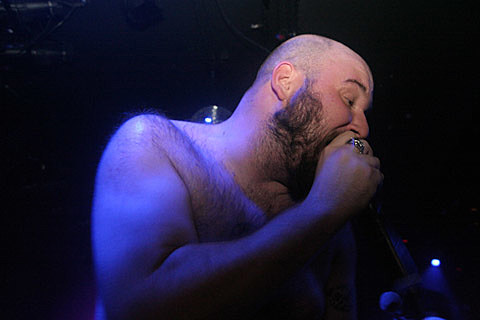 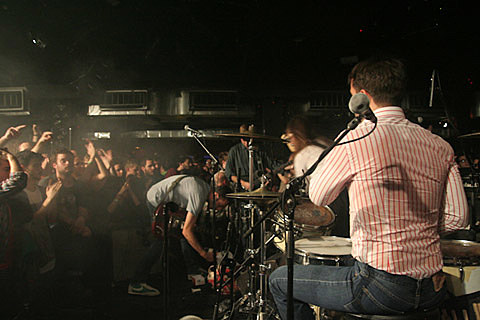 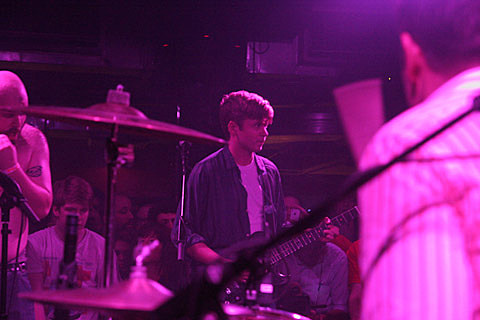 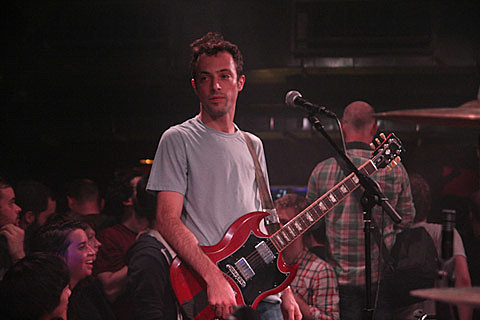 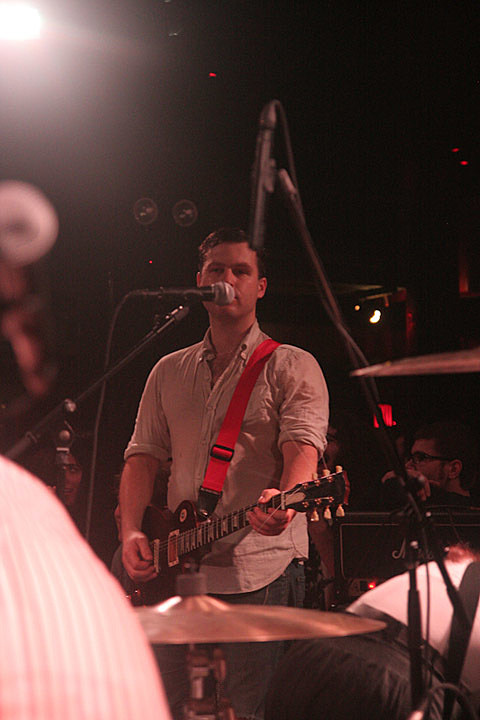 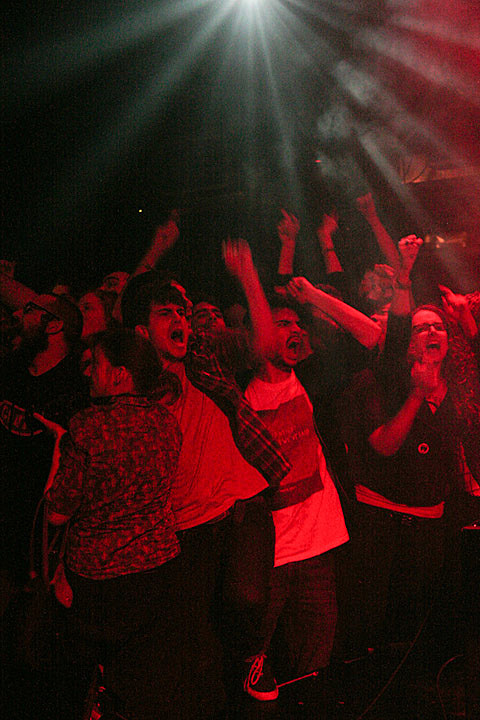