photo: Fucked Up in London in May (more by Rachel Juarez-Carr) 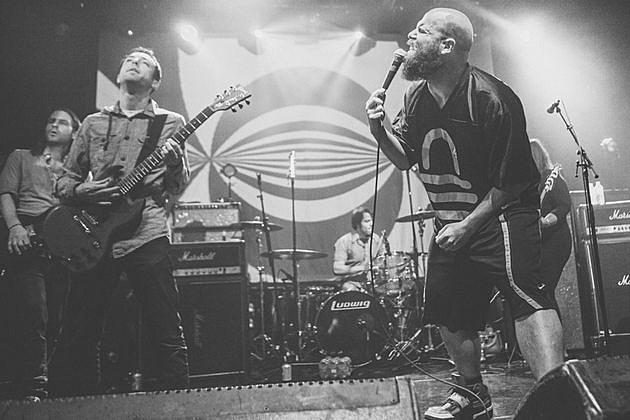 We've mentioned that Fucked Up's new single "Year of the Hare" is over 20 minutes of genre-defying hardcore, but we've only heard its b-side "California Cold," which clocks in at a mere eight minutes. Now the a-side is finally here too, which you can hear in this interactive video that director Trevor Blumas made with the band. The physical 12" comes out June 16 via Deathwish.

That song is the newest installment in Fucked Up's Zodiac series, which they're currently on tour supporting (with some help from openers Doomsquad on certain songs). We just caught the tour in London, and it makes it way to NYC on June 26 at The Wick (tickets) and NJ on June 27 at WFMU Monty Hall (tickets).