Fúcked Up play hardcore music. It's loud, and even they thought it was weird that they were playing it outside in the sun on that Thursday afternoon in Austin.... 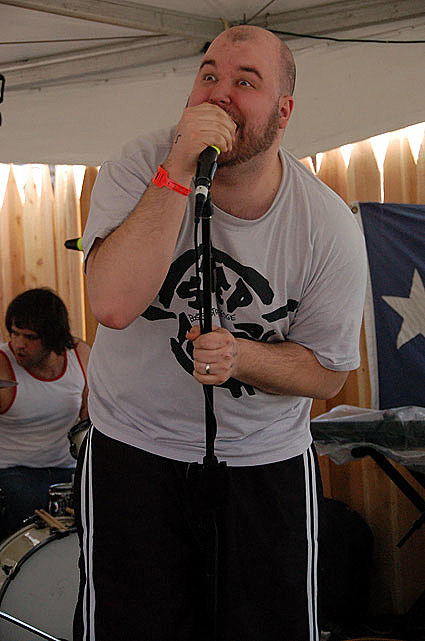 The show was definitely much less hardcore than they one they played later that week on the pedestrian bridge, but none of their shows were as hardcore as the one where Keith Morris (Black Flag, Circle Jerks) got up on stage and sang with them.

F'd Up's next NYC show is opening for Art Brut at Studio B in Brooklyn on April 18th. Over the summer they're doing a tour of the U.S. that includes three NYC dates. Those tentative dates below the rest of the pictures... 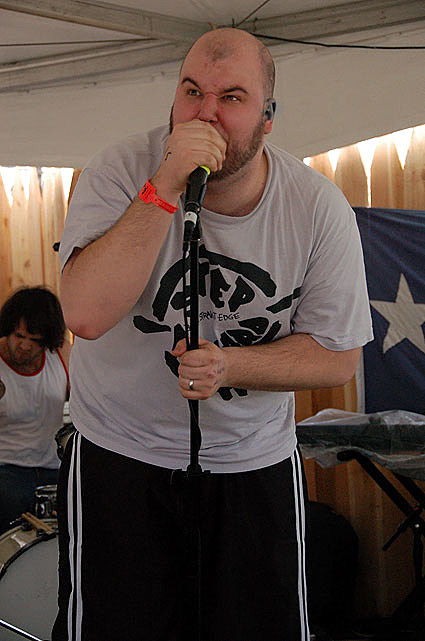 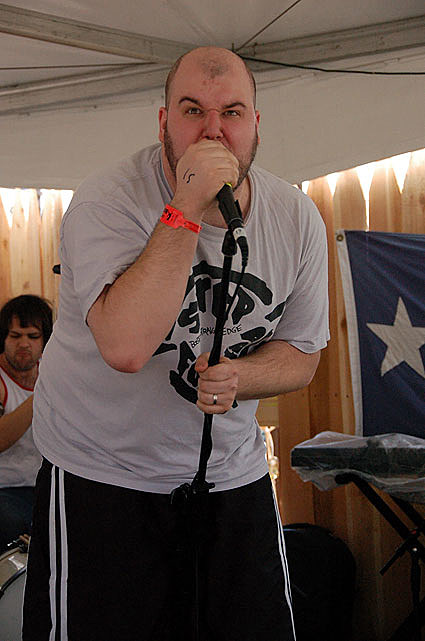 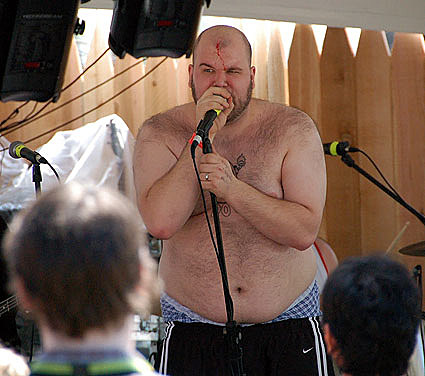 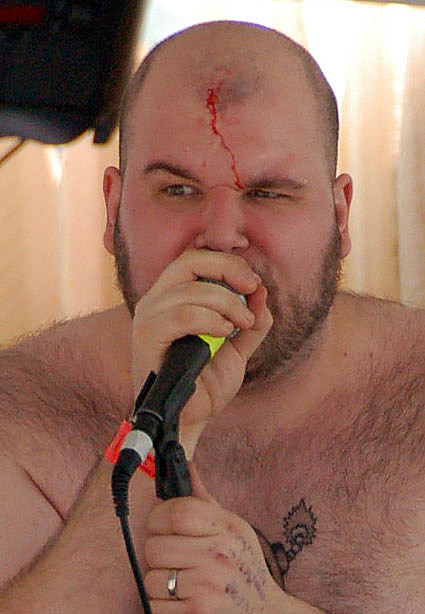