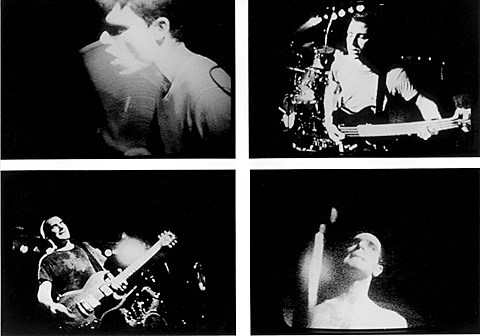 After letting audio tapes for more than 800 shows languish in a closet for years, Fugazi has begun putting them all on its Web site, with the first batch of 130 shows going up next Thursday.

In keeping with its commercial principles of low prices and trust in fans, the shows' suggested price is $5 each, with a sliding scale of $1 to $100, for the cheap or the philanthropic.

As a career-spanning archival project, the Fugazi Live Series has few equals, putting the band in the unlikely company of acts like the Grateful Dead and Phish. And for Dischord, Fugazi's self-run label, it has taken more than two years and tens of thousands of dollars, said Ian MacKaye, one of Fugazi's two singer-guitarists and a co-founder of Dischord.
-[NY Times]

The Fugazi Live Series is now in beta and officially launches on December 1st.