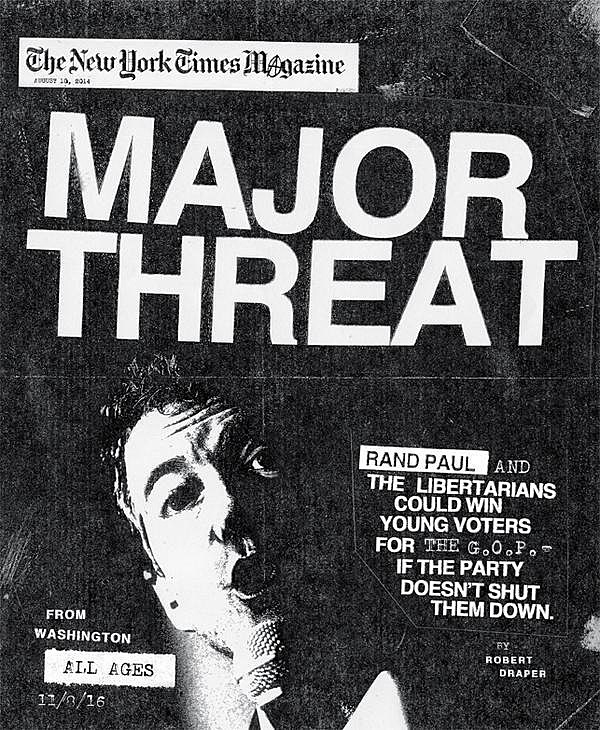 Though Fugazi will probably never get back together, they continue to release an exhaustive amount of material from their heyday. The latest nugget to come out via Ian MacKaye's Dischord records is a release of their first ever demo, which was recorded in 1988 and is simply being termed First Demo. Ten of the eleven songs on the release were on a cassette distributed at early Fugazi shows, but one of the songs, "Turn Off Your Guns," has never seen the light of day...

Now, some 26 years later, Dischord is releasing the entire demo including the one song ("Turn Off Your Guns") that wasn't included on the original cassette. The record has been mastered by TJ Lipple and will be available on CD and LP+Mp3.

This release will also coincide with the completion of the initial round of uploads to the Fugazi Live Series website. Launched in 2011, the site now includes information and details on all of Fugazi's 1000+ live performances and makes available close to 900 concert recordings that were documented by the band and the public.

Meanwhile, head to Dischord's web store to pick up a remastered copy of Jawbox's 1992 Novelty on vinyl. "It features a free MP3 download, which includes the 10 original album tracks plus two extra songs from the "Tongues" 7". This pressing is on clear-colored vinyl and includes revised artwork."

In other early Fugazi-related news, the most recent New York Times Magazine cover is inspired by a flier for a DC Fugazi show in 1989, as Poynter points out (original Fugazi flier below). The cover, about the growing Libertarian movement within the republican party, uses the association between classic DC hardcore and politics to great effect. The story apparently compares Rand Paul to Pearl Jam, Ron Paul to Nirvana, and Ted Cruz to the Stone Temple Pilots, which sounds entertaining regardless of your political orientation. The story, which also heavily involves libertarian MTV VJ Kennedy, is here.

Speaking of Jawbox, J. Robbins has a new band with Jonah Matranga called Moral Mazes. Listen to a track, and catch Jonah at Mercury Lounge in November.

AND: Did you know that one of Propagandhi's earliest shows was opening for Fugazi? It's true! And though we may never get to see Fugazi live again, Propagandhi are on tour with War On Women and RVIVR, and that tour hits Webster Hall this Sunday. Tickets are still on sale and we have a pair you can win at Facebook. 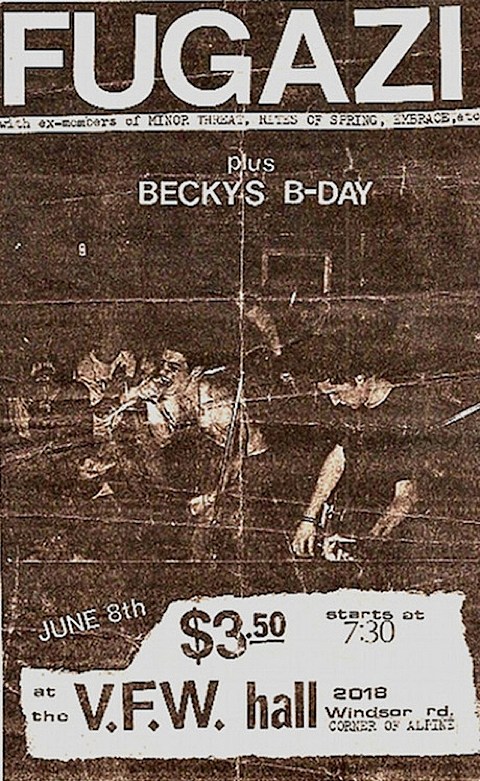