Fujiya & Miyagi (three guys from the UK) played Mercury Lounge in NYC last night (March 20, 2007). It was their 3rd of three NYC shows, and it was seriously awesome. You couldn't help, but dance, and cheer, and just love them. 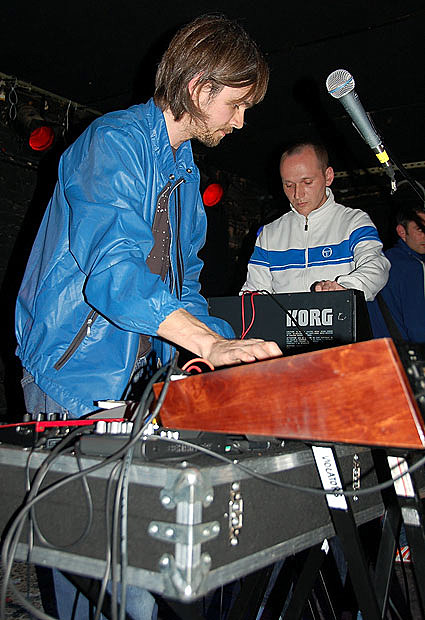 New Violators opened, but I missed them because I was over seeing David & The Citizens and Bang Gang at Canal Room. On my wait out of Mercury Lounge I heard mixed reviews - some hated New Violators, some loved them. Both sides tended to agree that they sound a lot like a cover band.

Another pic, and other stuff below... 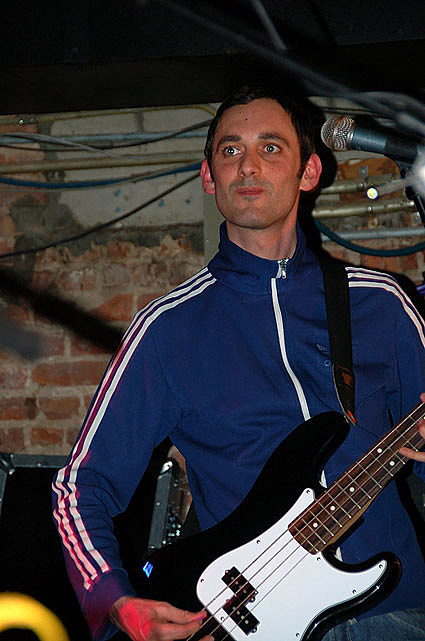