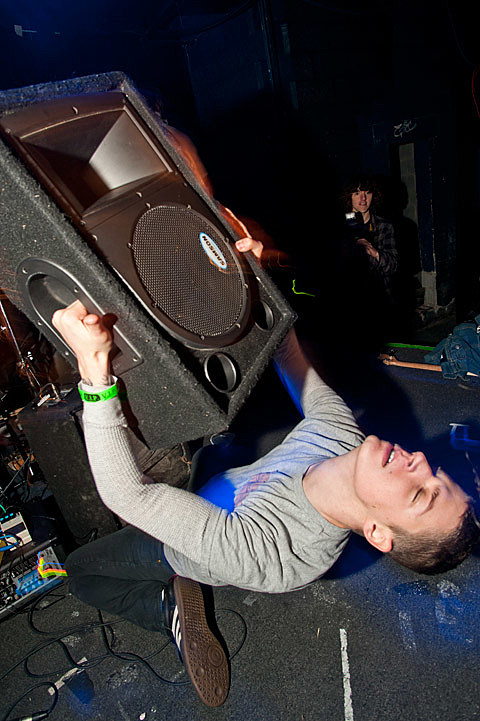 Full of Hell, who are preparing to head down to Austin to play the recently announced BrooklynVegan/Power of The Riff day party, will release a split this April via Topshelf Records with Code Orange Kids (who just signed to Deathwish Inc).

Full of Hell's "Fox Womb", which comes from said split, is the subject of a video produced by Lukas Hodge and filmed in Charlotte and Pisgah, NC. Check out that new video below for the first time.

Also check out a full album stream of Roots Of Earth Are Consuming My Home (now in its second pressing) as well as video from their entire set at A389 Anniversary below. While you're down there, also make sure and stream the recent Code Orange Kids 7", Cycles. All that and currently known dates (more TBA soon), below...