Outkast, who has now sold out three Atalanta shows, added yet another festival to the growing list of festivals they're playing this year. They'll be at Charlotte, NC's Funk Fest 2014 which goes down on September 12 & 13. Also on that festival is funk/soul/R&B legends War, the busiest band in rap The Roots, '80s-era Minneapolis band Morris Day & The Time, a few hip hop vets including Doug E Fresh, LL Cool J and Salt N Pepa, and more TBA. Tickets for the fest are on sale now. 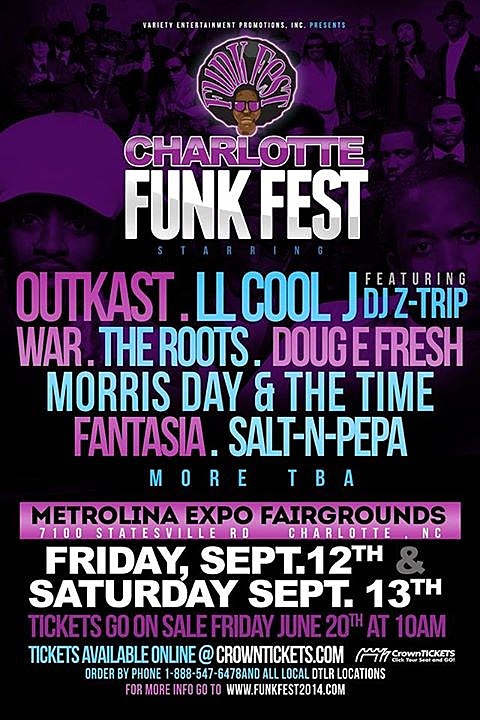